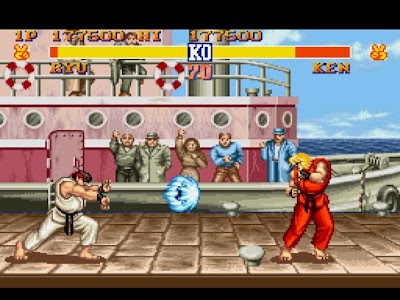 A short excerpt from an interview that Stig Of The Dump, that big guy that I rap with/tour with/carry weed for gave for www.beatnikonline.net before the release of his debut LP 'Mood Swings'. Basically, Stig asked me along with the promise of an afternoon dedicated entirely to booze and Street Fighter. I wasn't disappointed. The kind lads (big up Rob Boffard and his photography buddies) found a pub with a Street Fighter 2 machine that still only cost 20p a go and then proceeded to continuously buy us drinks until we were both shit faced. That night we performed at a gig in Camden with Akil from Jurassic 5 and Louis Logic. But thats a different story.

To make it quite clear, I won somewhere between 20 - 23 matches in a row Vs Stig, Rob & the cameraman, dropping only one round in the process before retiring unbeaten. I told you I'm the BOWSE. Below is a short excerpt from the full interview, the introduction no less, which paints me in an incredibly good light (which is nice seeing as due to my status as Stig's weed carrier, I'm not mentioned again). Check the bottom for the link to the full interview.

Thats part of me on the left, not the right, in case you were wondering. The one on the right is Stig.

Stig Of The Dump is getting his ass kicked. By his hypeman.

Enlish, Stig’s cohort and fellow MC, is an ace Street Fighter 2 player. Hunched over the arcade machine in a Borough pub (“Still at 1991 prices. 20p a go!” enthuses the barman), the clacking of joysticks is broken only by Stig’s effing and blinding as Enlish repeatedly thumps him—and Beatnik, when we take over—into the ground. His new single might boldly proclaim “Fuck Street Fighter, I got game”, but right now, Street Fighter is fucking Stig.

Whether he picks Ken, Blanka or Chun-Li, he still falls to the whirlwind trigger finger of his opponent. “Dragon punch, you bastard!” yells the plus-sized rapper, and a rare first-round win is punctuated by a “Come on! Yes!” accompanied with an air-punch and a gurning victory grimace that would scare small children.


For the full interview peep http://www.beatnikonline.net/features/stig-of-the-dump

Also, in case you've been hiding under a rock for the past year, Stig's debut LP 'Mood Swings' is, and has been, available for some time now. Go cop it if you haven't already, and if you have, either jam it on now or go and buy another copy. Here's a song from it, possibly the best on the LP, mainly due to the incredible guest rapping amazingly tight bars on it (ME).

And you can cop Mood Swings, Mood Swings instrumentals, The Homeless Microphonist EP, the Braindead single, the I Got Game single and your very own HATER T shirt from here : http://stigofthedumpuk.bandcamp.com/