I think the real question is not why we haven't actually got shoes with power laces yet but why Marty Mcfly wasn't more completely and utterly blown away by the fact that he had a pair of kicks so futuristically fresh on at this very moment. He was just so nonchalant about it. It makes me SICK hahaha.

I think I can speak for virtually everyone in my generation and probably plenty of people both older and younger than myself when I say that EVERYONE wanted and STILL wants these kicks to this very day. If we are to believe the Hollywood hype, in a mere 4 years time we will all be rocking kicks with power laces and riding pink skateboards with no wheels. The fact that I rarely even bother to do my laces up at all has no bearing on the situation; if I had power laces, best believe I would be using them.

Until that point, we do have Nike to 'thank' for the Marty Mcfly Hyperdunk Supremes, what I believe to be essentially Kobe's last shoe but jazzed up to look like Michael J's sneaks in Back To The Future 2. Unfortunately missing out on some minor details (like, for example, POWER LACES, the LED logos, basically everything that makes them futuristic in the first place), this has been made up for with the kind of attention to the detail that makes geeks like me start sweating, breathing heavily and feeling faint. 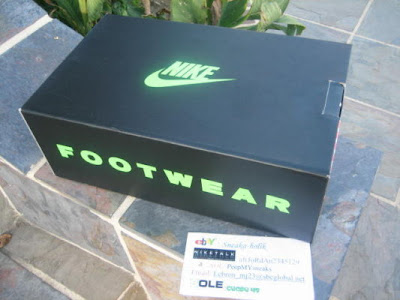 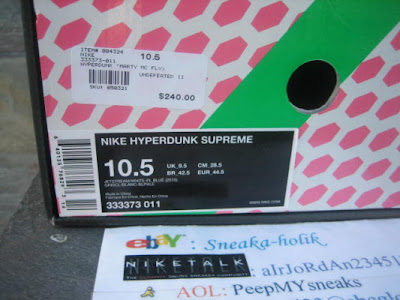 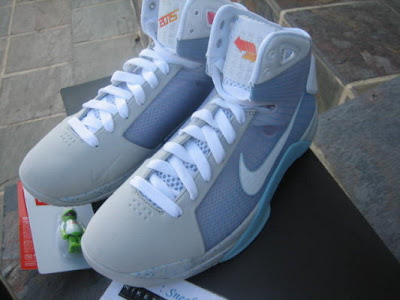 I must admit, the shoes themselves arent really all that to look at (in my opinion), plus if I did actually purchase a pair then I'd be far too awe struck to actually wear them out of the crib (unless I went to a fancy dress party as Marty Mcfly, but then there is the inconvenient matter of my skin and hair colour to factor in the equation). However, fact is that Back To The Future was one of those film franchises that didn't really cater to the geeks as far as collectable merchandise like action figures etc (pencil cases don't count) so If I had the cash then I'd probably splash out and keep them in a bulletproof case like the pope or some shit. As an aside, I did actually cop a remote control Delorean a while back cause it was reduced down to £10 in Forbidden Planet and thats the sort of bargain that simply can't be passed up. Anyways, I digress.

Peep the tongues on these babies. I'm not going to explain what these symbols mean cause if you don't know then you're simply not worth my time and effort. 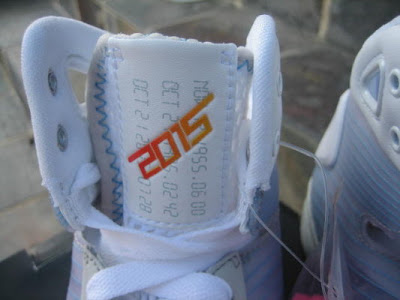 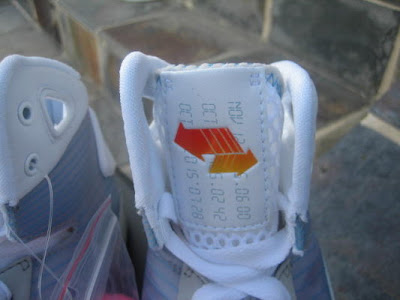 As mentioned, the attention to detail on the package itself is incredible, from the Doc Brown quoting paper wrap to the hoverboard-esque inner soles, the package is pretty fucking dope. You might also notice the technical drawing of the Flux Capacitor inside the shoe. Now thats BALLIN'. 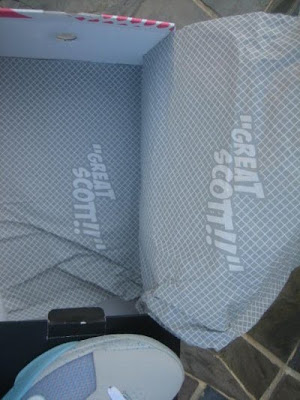 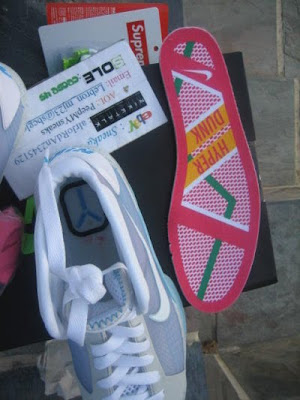 As internet rumour would have it, it seems that in the last few months a company in the USA (where else) were actively trying to attain the production rights in order to be able to actually manufacture shoes with real power laces in them. The good, or bad news (depending on your standpoint) is that Nike themselves vetoed the company and have since secured the manufacturing rights for themselves. If that means by any length that Nike will be releasing anything resembling the kicks from the film at ANY point before I DIE then I will surely die a happy man. Watch this space.

*As an aside, these shoes obviously do not belong to me. Upon research the minimum you can expect to pay for these beauties is around the £600 mark, and thats if you're lucky. Unless I win the lottery anytime soon then you can forget it, thats like 6 pairs of Jordans that i will actually wear. Credit for the flicks goes to this website right here - http://gizmodo.com/397866/back-to-the-future-mcfly-sneakers-unboxed-going-for-2000

As mentioned, here is the remote control joint. I had to show and prove just incase any of you suckers out there thought I was frontin'. Never that. 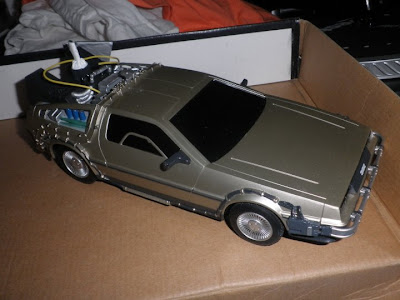 Also, pretty stock stuff, but here's a couple of flicks taken during the standard tour of Universal Studios back lot in LA. The bus thing we were riding in wouldn't even slow down for me to get flicks, let alone stop, for which I am still really fucking pissed off. The second flick is of the stone sign at the beginning of Marty's estate, just lying around discarded for the last 20 odd years. Bastards. 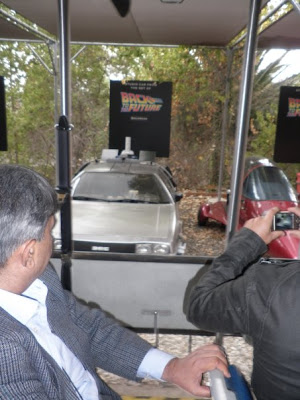 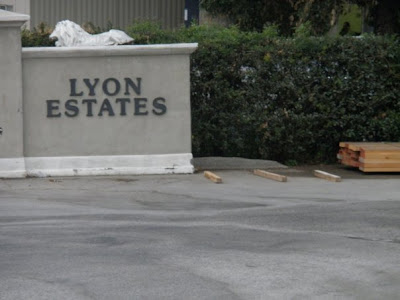