Yep, I'm still on my 8 Bit bullshit. Anybody who is anybody (within reason) should remember that around the turn of the century the Cocoa Brovaz (nee Smif N Wessun) dropped the classic underground 12" 'Super Brooklyn'. The first time I heard the joint I went bananas and quickly snapped up two copies, such has the nature of my obsession with NES games always been. It dropped shortly after their not-so-kindly-received sophomore LP 'The Rude Awakening' (I thought it was pretty good) and is produced by the then, and still now completely unknown 'DJ Rob'. Due to the obvious sampling issues (I doubt a company as large as Nintendo would let go of any samples, and if they did you'd probably be looking at 6 figures at least) the single never got an official release, but was and probably still is widely available. 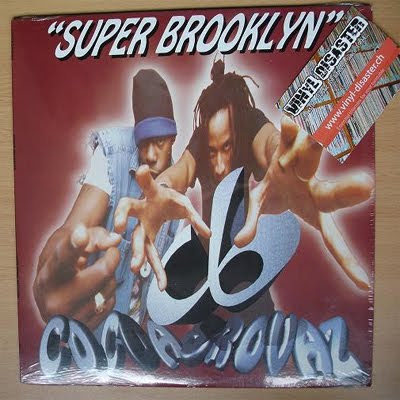 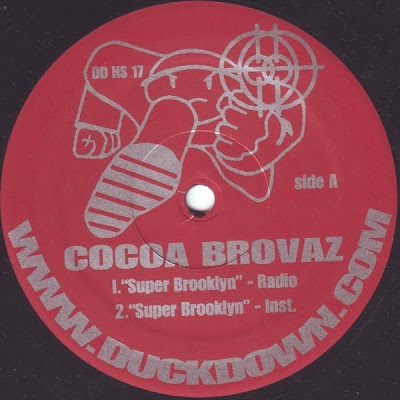 I absolutely loved and still absolutely love this joint; I'd play it every time I would DJ out without question and it was one of the first instrumentals I would jam constantly during embryonic cyphers and writing sessions. I remember thinking it was just an absolute genius idea to take the various elements of the Mario theme tune and roping them up into a dope beat. So obvious, yet nobody had thought of it until DJ Rob got busy. Of course, after the 12" dropped, everybody and their mothers starting sampling from all different types of retro gaming systems, the most notable of which (in my opinion) is Dibiase (http://www.myspace.com/dibiasebeats), a California native who has pillaged nearly every single classic NES game that you can think of.

So, imagine my shock when just the other day I stumbled across this particular gem while dreamily reminiscing over old saturday morning cartoons (a topic I will no doubt be touching on again in the future). It turns out DJ Rob and The Cocoa Brovaz were beaten to the punch......By Mario and Luigi themselves. Observe. Considering this would have aired in the late 80's the beat is pretty 'ard and the rhymes are slick enough. Bob Hoskins and John Leguizamo eat your hearts out.

Snappy. Mario burned the mic son (no fire flower). I was initially surprised that the Nintendo company would have been this forward thinking in using Hip Hop as part of their marketing scheme, but then I realised that any company with any amount of sense has always exploited the art form in order to appeal to the younger generations and continue to do so to this day. Its really nothing new. With that in mind, I'm not mad at them as I could sit around playing Super Mario Bros all day and have been since I was 7. Whether or not their clever marketing gimmicks directly influenced my decision to eat Magic Mushrooms on a semi regular basis is another matter entirely and not one I'm willing to tackle right now as I'm currently in the middle of a hideous flashback and there seems to be a red shelled tortoise attempting to eat my right shoe.

For those not au fait with the 'Super Brooklyn' track (shame on you), here it is, complete with a pretty nifty video that some hopeless dork out there has conjured up. Peace out Paisanos.