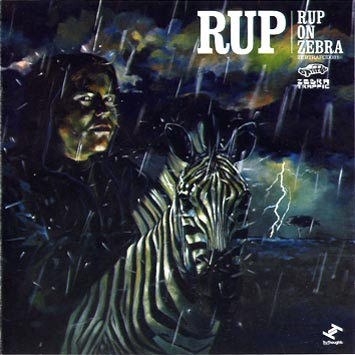 A close personal friend of mine, when Rup got snapped up by the (now defunct) Brighton based label Zebra Traffic, which was also home to Phi Life Cipher and more at the time, there wasn't any problem with trying to figure out what the LP should be called. After the name was taken care of, it seems the direction and concept of the artwork kind of took care of itself. I still think its hilarious. *Edit* The dude who painted it is called Richard Clements. Dap to that man.

As an aside, the front cover is actually a real oil painting that, after completion, Rup's mum bought and then gave to Rup as a present. Nice. We both got absolutely shitfaced in a pub in Brixton last week and discussed the bizarreness of owning giant paintings of yourself (my LP artwork required Alex Young to paint a 5 foot portrait of me that I still own. In my Dad's attic, funnily enough).

I strongly advise you check http://soundcloud.com/rupertcnut for unreleased gems and new joints coming out.

Rup's entire back catalogue, including his sophomore release 'Rupert Just Woke Up' are still available from Suspect Packages here - http://www.suspect-packages.com/artists/r-t/RUP.php

Also to be checked is http://www.heartodayrecords.com/, Rup's pre and post Zebra Traffic home. The website is pretty emaciated it seems but you can still cop 'Rupert just Woke Up' cheap on digital copy. I strongly advise it, least of all cause I get a shout out on the first track. The whole LP is dope though, especially cuts like 'Feel You' and 'The Fox'. 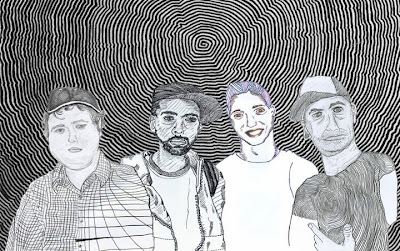 And here's a joint that came out on 27 beats a few years back, a limited press, individually numbered 7" with illustrations and lyric sheets (remember those?). It has Dr Syntax and Jon Clark on the A with me, Rup and Mole on the B. Its all about dreaming. Big up See, who produced both cuts, handled the drawings and basically put the entire package together and got it out there.