The First Time (On stage, not getting laid)

Peace all, I'm back on my bullshit to bring you the first of (hopefully) many stories that you may find helpful in whittling away the mercilessly boring hours spent at work/generally living your life (preferably the former, but whatever). As previously mentioned, as time inevitably grinds on I will be introducing some yarns from other people with infinitely more interesting things to say; until then, you'll just have to put up with my vague, weed and booze fuelled droning about my own experiences. Despite the fact that I'm talking this down right now the truth of the matter is that my life is absolutely fucking balling and anything I write about what I've done in the past is worth reading, if only to teach your kids what not to do when they hit their early teens. 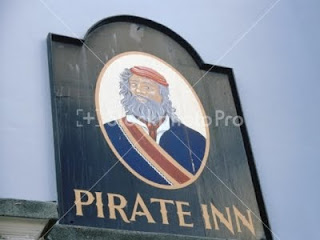 OK, so the year is 1997 and your boy Big Dave is enjoying life at the tender age of 15 in the beautiful, yet utterly gangsta surroundings of Falmouth, Cornwall. This is still a good year or two before I hooked up with Hines, Ideal, True, Cheebo and all the other cats that would help me on to improving myself within the culture; at this point I was pretty much out on my own in Hip Hop terms and was coping relatively well. Back then Falmouth had a fucking amazing pub/live venue called The Pirate (see above) that was recognised as one of the premiere spots to perform for up and coming bands/music outfits around the country.

Plenty of soon-to-be-famous indie bands rolled through there and a couple years down the line, between 1999-2001 the place would play host to many Hip Hop acts including Jehst, Rodney P and more, booked by DJ Ideal for his 'Dirty Decibels' night, which helped me along nicely in the live experience. Previous to Dirty Decibels, and after that period, the Hip Hop nights were run by DJ Tex under the name 'El Segundo' and were primarily DJ driven. Both of these nights were absolutely fucking banging, but as you know, the venue can have a drastic influence on how successful, enjoyable and popular a night is. The Pirate was the absolute bollocks, and anyone who ever went there will tell you the same. Shamefully, it was tragically closed a good few years back, the council favouring the wishes and complaints of soon-to-be-cremated OAPs and ignoring the fact that students and local youths that didn't want to be bottled by a twat in a Ben Sherman shirt quite simply had nowhere else to go. Cheers you miserable fucks.

Some rare shots taken inside The Pirate circa 199? (pre smoking ban). DJ True on the decks in the 1st pic. 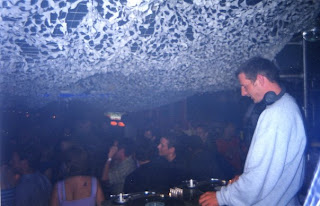 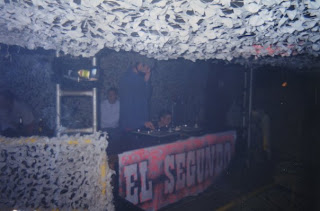 Anyway, I digress. The place was, and still is, the stuff of legends; not only for the richness of music on offer, the cheap booze, the sweat dripping from the ceilings and the multitude of people openly puffing weed with no come back from the (incredibly pleasant) bouncers. For me it was legendary for all these reasons, and one - THEY LET ME IN. I was 15, no I.D. (although I did have a beard) and week after week they would just wave me in. I used to get draw off of a girl who was best friends with one of the bouncers, so after this first time going in I was welcomed with open arms every time after. There's plenty more to be said about The Pirate and the messy as fuck times I had in there, but it's this very first time I'm getting along to telling you about. First time in The Pirate, first live hip hop gig I'd been to and a couple of other firsts aswell. 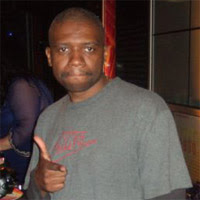 Cutmaster Swift. What a legend. 1989 DMC World Champ and famous for cutting with his chin, the dude was playing at The Pirate on that fateful night back in '97. Not the most electric performer I've had the pleasure of watching in the last 13 years, but at the time it was a big ting and I was ultimately psyched to actually see any live hip hop. Having already achieved the mammoth task of actually getting through the door, I was not only greeted by actual hip hop music being played through the speakers (no mean feat in a small Cornish town) but by the most unattainable of drinks for teenagers everywhere....BEER. 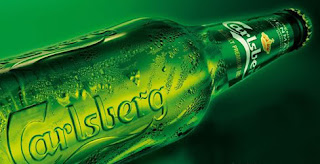 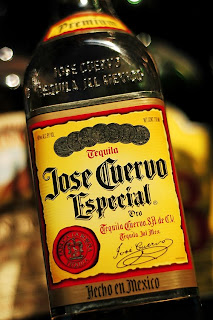 Back then, Carlsberg (a fucking filthy and pointless beer by my standards today, but entirely acceptable and drunk-inducing when I was 15) was a quid a bottle, as were shots of Tequila, so me and my boy Fat Money (the only person I know that I remember being present, although there must have been others) busied ourselves drinking as much of it as we could manage and got thoroughly shit faced in the process.

The next couple of hours are somewhat of a blur and despite my obvious excitement at being present at an actual hip hop gig, the music took a backseat to the drinking and I therefore remember very little of the artistic side of things (a habit that I picked up and still observe to this day for the most part, unfortunately). However, at some point after the Cutmaster had taken the stage, we both jetted to the bogs to build a zoot, the soundtrack to which was '4th Chamber' by the GZA, sending me off into a mini frenzy as I was pretty sure the only place to hear any Wu Tang music in Cornwall at the time was via the boombox in my bedroom.

So, we walk into the bogs and Fat Money accidentally knocks into some fucking psycho looking geezer with crazy eyes and tattoos on his face. The dude was fucking terrifying, and as he squared up to us, we were both convinced he was going to kick the shit out of us. After a few seconds of the old stare down, however, the geezer relaxed a little and promptly offered us a blow back. Fucking bonus considering neither of us was sober enough to make a resin spliff in a crowded and stinking toilet. So the dude lights the J, shoves the lit end in his mouth and one by one puts us both in a fucking vice grip round the neck and doesnt let go until we've had a good 3 or 4 lungfuls each. 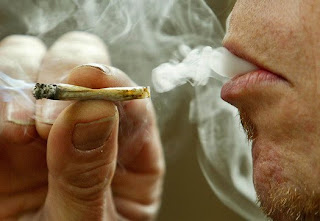 This is where the magic happens. Already totally ripped off the Carlsbergs and Tequilas, things got a little bit hazy after this. Fat Money turned completely green and chucked his dinner back up with gusto. To this day we are both convinced that there wasn't just weed in that spliff; we obviously have no notion as to what else there might have been, but regardless we were both on a whole different level of fucked up. Fat Money's night was over; he bolted for the front door and spent the rest of the evening heaving up on the street. Soldier. 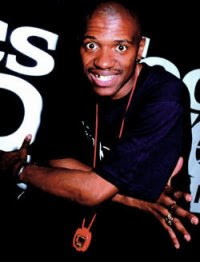 So, Fatty bolted for the door while I was busy doing the dope fiend lean and attempting to find my way back into the pub from the toilets out back. The men's and women's toilets were actually situated to each side of the stage so you had to pass by whoever was performing to get to the relief room, which on the way back out proved to be somewhat of a problem for me. Having negotiated my way out of the bogs, I promptly tripped over a bunch of cables and shit and managed to face plant myself onto Cutmaster Swift's shoes. Looking up and feeling like a complete cunt I was greeted by the bug-eyed one himself, holding the mic out to me in the ultimate act of charity for a 15 year old twat who could hold his liquor, but evidently not his unspecified smokeable intoxicants. "Can you rap?", he said. It must have been the matching Phat Farm polo and hat that gave me away.

So, with that, I got up and dropped a 50% written, 50% freestyle, 100% DOG SHIT verse over the VOCAL track of Rapper's Delight. It truly must have been a sight to behold. I was totally prepared to be booed out of the club until, to my surprise, I received a massive cheer from most of the people present at the event. It was at this point that I realised that everyone in the place was as if not more fucked up than I was and didn't really have a clue what was going on. I wonder if that bloke had collared everybody in there individually and taken them into the bogs for their own personal crack blowback....If he did, I owe him at least a pint or two. CHEERS MATE! 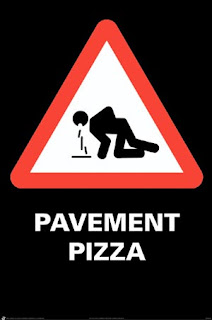 So, the rapping was a success and spurred me on to (slightly) bigger and (marginally) better things. After leaving the stage triumphant in my adolescent success and then being pretty much raped in public by my first ever groupie, some chick on the wrong side of 35 but (from what I remember) peng enough for a 15 year old, I promptly stumbled outside and took up position with the still-regurgitating Fat Money and joined the puke party for myself. A short while later, inbetween bouts of projectile vomiting, I felt a tap on my shoulder. Looking over my shoulder, Cutmaster Swift was standing with his record bags and equipment, waiting for his ride. "You did well in there, keep it up" he said. "But one piece of advice - never EVER rap on a vocal record. It sounded terrible." And with that, he bounced.

Sound advice and taken on board. Fatty and I stumbled back to wherever it was we were stumbling back to and promptly passed out. I woke in the morning feeling refreshed, as only a good nights spewing can make you feel, with one question nagging me endlessly; if he didn't want me to rap on the vocal version, why in the fuck did he offer me the mic and ask me if I could rap? Talk about enabling bad behaviour, Jesus. Still, it was the first memorable night of many and if anyone out there owns a time travelling Delorean I could borrow I would certainly zip back to '97 and watch myself being a complete and utter twat. Ah, the good old days. The night made the local newspaper, of which I still have a clipping, and included the mandatory picture of Swifty cutting with his chin, a seldom used tool in many DJ's repertoires these days. Real classy shit.

As a parting gift I offer you this piece of ultra patronising media : Cutmaster Swift performing on the Terry Wogan show. How utterly bizarre. 1