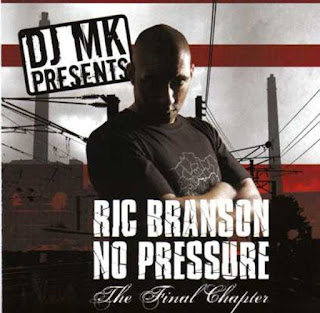 Coincidentally, at a time when the ‘swag’ (or accused lack thereof) of UK Rappers – Grime, Hip Hop or otherwise – has been brought into question by a mentally ill, racist, homophobic, Trump endorsing, contradictory and all around repulsive troll of a woman, what better time is there than to reflect upon my own personal favourite UK rapper of all time – a gent that places firmly in my ‘Top 5, Dead or Alive’ list – the man formerly known as Ric Branson, also once known as Ricochet from the trail blazing UK golden era rap crew, Universal Soldiers. A man that, before the word even existed in this context, was the living and breathing definition of ‘swag’ personified.

As we near the 10 year anniversary point of his debut (and only) solo release project, ‘No Pressure’, I inexplicably find myself pondering more and more as to what happened to this outrageously talented guy. I won’t go into too much detail yet – I’m currently in the process of attempting to track him down to conduct a sort of retrospective interview/oral history (wish me luck) – but needless to say those that are aware of the musical contributions of the former artist known as Ricochet must be wondering where he is and what he’s been up to, much like myself. For those of you that have never heard of Ricochet/Ric Branson and Universal Soldiers (including rhyme partner Ultra and producer A H Fly), there’s no shame in your game..... The real shame would be that you live your life in ignorance of the music of this elusive yet supremely talented MC. The ‘end game of shame’ would be that their music simply disappears from the rap public’s conscious altogether – even upon extensive searches and re-searches on the internet only the barest bones of information is available, comprising a few old interviews on long defunct websites, some grainy photographs at minimal resolution on Google images and thankfully many songs that some forward thinking types have kindly uploaded to youtube. You can’t buy the music anywhere online it seems – all online retailers list as being sold out – and it was only by chance that I managed to grab a copy of ‘No Pressure’ off of discogs recently (my original copy is locked somewhere in Dad’s attic in Cornwall with the Street Veterans 12"s). 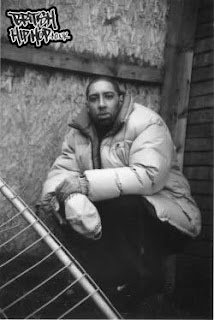 For those of you that really don’t know, I’ll give you the briefest of rundowns. Back when Low Life Records really started hitting in the early 2000’s and Braintax (boo!), Taskforce, Jehst, Tommy Evans, Champions Of Nature and a few notable others were creating and releasing music that would become the backbone of the Golden Age of UK Hip Hop for those in my age group, Universal Soldiers were right there doing the same thing too. But Universal were different. I won’t comment on Ultra and Fly at this point, but Universal were known for one thing and one thing only – Road. Life on, life off, it all revolved around being On Road.

Speaking of Ric specifically, all I can say (whilst still attempting to keep it brief) is the following : Impeccable flow. Effortless lyricism. Story telling par excellence. The clear ability to murder a rapper in a battle (not that we ever got to see that happen – shame). And, most crucially, at the back end of the period of time when everyone and their mum was swearing they were ‘keeping it real’, Ric kept it realer than possibly any other rapper I can think of (with the exception of C-Murder). He was – not unashamedly so, as hints of shame crept in here and there – a hustler. Some of the stories he told may have been ever so slightly embellished, but a large part of me doubts that. Ric was out to get his on his own terms and these escapades have been thankfully documented in excruciating detail for all to enjoy. 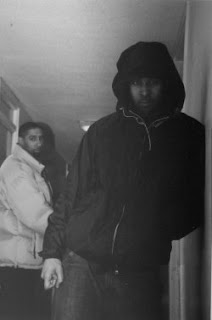 To this day – maybe even more so now – I find the amount of personal detail that he included in his music shocking, but in a good way. He detailed his movements, plans and the executions of his Grand Visions seamlessly, always nonchalant but never without the underlying current of seriousness and sincerity. I’m not going to go too far into the nuts and bolts of the content at this point – that will come later, dependent on the result of my search for an interview – but suffice to say that if you have listened to his music and have been privileged enough to have moved in some of the same creative circles as I have (with those that know or knew the man on a creative/personal level) then you know that through hard graft, street smarts and an unrivalled business acumen he moved himself into a position by which he was able to officially retire from multiple ‘urban employments’, so to say, to pursue far more lucrative and ultimately legitimate means of existence. I believe Nas referred to it as ‘A Hustler’s Dream’, and this particular dream was cleverly documented in a way that I personally have never seen or heard of before or since. Basically, the guy is a fucking genius. ‘Listen to Mad Runningz and you know my past – I don’t just move food, blud, I show some class’.

Partly to satisfy my own urges – and partly to see if it may help me gain contact with the man – I have been so bold as to jack an entire track from his classic ‘No Pressure’ release and drop a verse of my own after his. I haven’t just jacked the beat; I’ve jacked the man’s verse, too.

A bold move, and one that could potentially backfire, but after repeated listens to ‘Street Veterans’, ‘Slanguage’ (a vastly underrated UK classic) and ‘No Pressure‘ over the last few weeks I was reminded that many years ago I contacted Ric to ask if he would like to drop a verse on my album in progress at the time, ‘Cold Lazarus’. 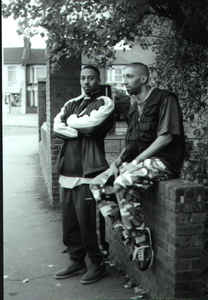 Having sent a message through Myspace (yes, Myspace) asking if he would jump on a track – money was involved, of course – I received a very pleasant message back essentially stating that which I already knew – that Ric was firmly retired from rap and it was going to stay that way. For good. This must have been back around 2007-2008 and despite the fact I did manage to secure a verse from the one and only Sean Price – my favourite rapper of all time – I am still disappointed to this day that I could not coax one more 16 out of the sliver-tongued street entrepreneur known as Juggla Redz. ‘Enlish featuring Sean Price and Ric Branson of Universal Soldiers’ sounds pretty sweet to me.


On more than one occasion Ric referred to himself as or compared himself to the ‘Scarlet Pimpernel’, the protagonist of an age old tale of English chivalry. A cursory glance at Wikipedia reveals that the Pimpernel’s successes are firmly rooted in the ‘masterful use of disguises and strict secrecy of his group's movements. His identity is secret to all but his men.’ With this in mind, I must admit that my own chances of tracking down an ex-rapper after close to a decade of complete radio silence seem slim, and that’s putting it lightly. However, I will not be dissuaded. Not yet, anyway. 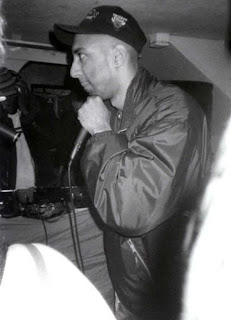 NOTE : I HAVE NO IDEA WHY THE TEXT IS NOW IN A WHITE BOX AND I'M CERTAINLY NOT TECH ENOUGH TO FIGURE OUT HOW TO CHANGE IT. SORRY.

Being an aging backpack rapper constantly verging on rap retirement, I am now looking into new ways of exploring my love for Hip Hop culture without jostling for elbow room with every other fucker and his brother who has figured out how to shout at Garageband. I will continue to make music as and when I feel the urge, but having spent some time thinking about it recently I have realised that I have vastly underestimated the influence and effect that Hip Hop from the UK had on me between the years 2000-2007. The aforementioned artists, and many others, are all legends in their own right, yet we here in the UK seem to put a shockingly small amount of stock in celebrating their music and their legacies, regardless of how ‘garden variety’ they may appear to be.

Not only is this a crying shame, but it is also indicative of the throwaway culture that the internet and social media has caused music to become. The artists of the Low Life and YNR rosters, as well as many, many others of the same era deserve our praise and gratitude for forcing their music out at a time when it was not as easy as uploading an mp3 or filming oneself rapping on a front-to-back mobile telephone. These guys grafted their hearts out to produce high quality music on white label vinyl with hand written stickers and shot them hand to hand in the pre-50 Cent mix CD era. These guys deserve our respect, yes, but they also deserve to not be forgotten simply because the wheels of ‘progress’ refuse to stop increasing their speed. 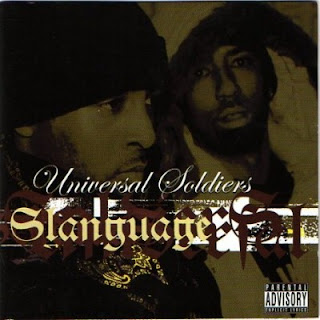 I am pursuing other artists from the same era for the same purpose (big up Devise and hopefully Yungun/Essa – fingers crossed, it’ll be a great story), but my starting point has to be with the one MC from the UK who not only had the greatest influence on me personally but whose music and style has, to my ears, not aged a jot in the best part of a decade. If anything the intricate rhymes, smooth flows, effortless storytelling and the fantastic reality weaved into all of the above have actually gotten better over time. Some age like vinegar, some age like wine.

Ricochet was and remains to be one of my favourite Hip Hop artists of all time, UK or otherwise. I would absolutely love to sit down with him – only if he’s willing, obviously, and I’d understand if not – and see if I can’t contribute to empowering his mythical status in my own way – respectfully -  to show people what a refined talent he truly was. 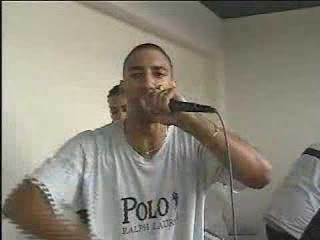 Oh, and seeing as I just completely jacked a Ric Branson verse without any permission whatsoever I figured I might as well go ahead and completely jack an Elzhi verse too. It’s not like I can afford to pay the man. In for a penny, in for a pound.

Wondering what happened to your favourite MC? Got similar taste in music to me? Holler at me on Twitter and I’ll see what I can do. @Enlish.