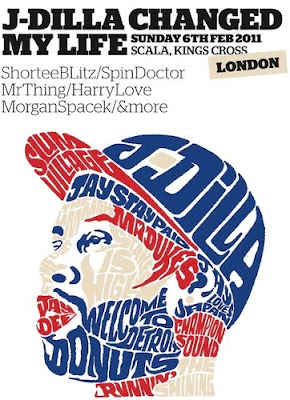 Last night was simply beautiful. The whole joint was packed out wall to wall and everyone
was jamming out. It was real special. I might bang on about this a little bit longer, at least until the 10th anyways. I managed to upload a couple of the vids I took on my phone, apologies for the poor quality/shaky work/strange audio click, but its worth a look. It by no means captures the vibe that was was reverberating through the whole joint last night but I'm glad that I took a couple short vids for the sake of posterity at least.

Just as a mention (and because its something I didn't have a chance to actually film), but when Harry Love dropped 'House Of Flying Daggers' off of Raekwon's 'Only Built For Cuban Linx Part 2' LP the WHOLE PLACE WENT BANANAS. SUPER, SUPER BANANAS. Never seen anything like it. And I'm not ashamed to say I was never particularly keen on that joint lol.

One of the many other truly amazing things that happened last night occurred when, quite early on, a skinny young white indie kid who looked completely out of place turned to his female companion and said, and I quote (plus it was loud enough for many people in ear shot to hear) "So, is this J Dilla guy dead then or what?". I couldn't believe my ears, and shit just got hilarious when a bunch of suuuuuper rude girls all turned around with the most utterly disgusted looks on their faces before proceeding to absolutely go in on him. Hilarious. Massive self par. Dude won't be making that mistake again any time soon haha.

Pause Live (Off my phone)

And, obviously, as a standard I'm popping this in below should any of you out there feel inclined. I spent a lot of money last night so my contributions are all covered. 1

On behalf of Mrs. Yancey we ask that in lieu of flowers, any heartfelt donations be made payable and sent to a fund which has been established in her name:

Made Payable to Mrs. Maureen Yancey

Donations can be mailed to:

Bank Wires can be sent to:

Please note that donations made to Mrs. Yancey are not considered a charitable deduction. This will be considered a gift of help.
Posted by Enlish at 09:39