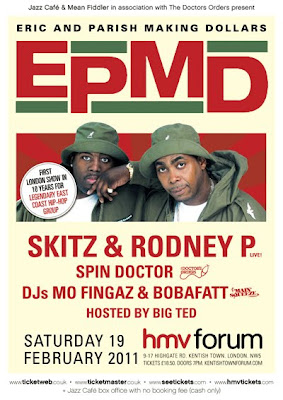 Big up my man Waxer DiscoScratch for having the presence of mind to A) Have a recording device and B) turn it on while me, Joker Starr and a really sound brer that I also met for the first time last night, Original One, were spitting some darts. We were freestyling, but that must have been before my man started the recording. Pity, but its nice to have a lil document of these things. Especially seeing as I was, once again, off my tit drunk. Surprise surprise.

It's downloadable so knock yourself out with a large bat.
Freestyle cipher Joker Starr,Original One,Enlish by DiscoScratch

Although I had a wicked time last night, unfortunately EPMD were not the highlight. They only played for an hour tops (and thats being generous, it could have been closer to 45 minutes) after keeping the crowd waiting wayyyy too long, the DJs played 'Witness' by Roots Manuva at least 4 times (AND they played 'Watch Out Now' by the Beatnuts, don't even get me started on that one, just ask Daps), Erick and Parrish just kind of mumbled through a selection of hits all the while constantly saying "Yo, we got to go soon", or words to that effect. Parrish could barely hold the beat. Check the vid below and you'll see.

Oh well. Had a good time with Deejay, Lil' Tika & Alex Young, linked with Jehst, Cutmaster Swift & Jonzi D, met some sound people and got pissed. Knocked into a few heads from Brighton too, my mans dem Joe Foly & Big Muffin. Nice one lads. Talking to Cutmaster Swift was a laugh, I told him the tale of the first time I got on stage to rap (which was at one of his gigs when I was 15), which I posted on this very blog a little while back, and which you can read right ----> HERE <----Overall it was all good; just a shame that some of these American acts still think they can get away with palming off lacklustre performances on UK crowds. Bait.

Me & Jonzi D. As you can see, I'm rocking a Starter cap, POLO tee and a vintage Early 90's Tommy Hilfiger Jacket. Real. 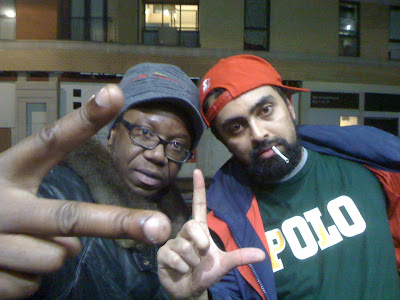 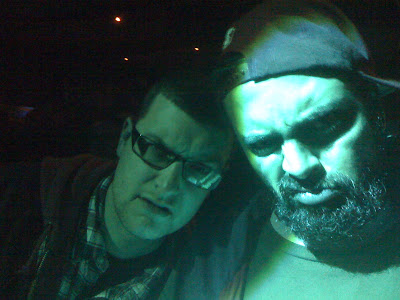 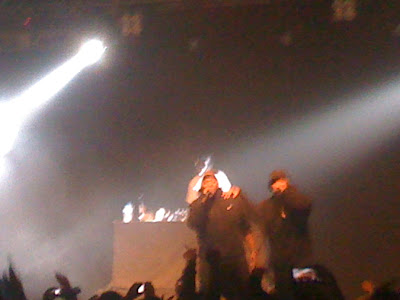 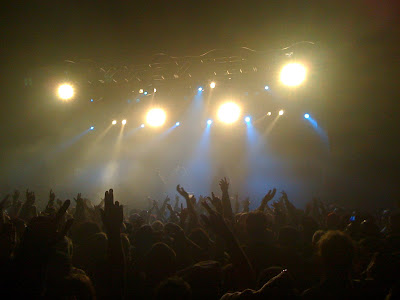 Props to Lil' Tika on the photography. Cheers babygirl x

And this was probably my EPMD highlight of the night -