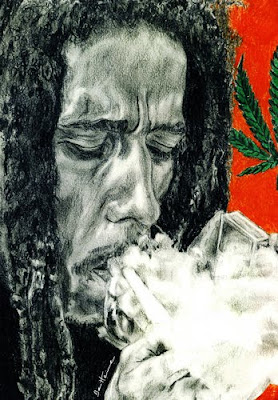 Late on this one. It was Bob Marley's born day yesterday, but better late than never, so heres a likkle old jam for you to skank out to.

Also, it was/is Dilla's born day today, tragically, in the resepct that he passed a mere 3 days later. I'm going to drop a little write up about the joint at Scala yesterday for you pretty soon but until then here's one of my favourite Dilla beats being brutalised by Dilla's own favourite rapper, Guilty Simpson. Massive.

Just as an aside, here's a version of the same joint with Scizzahz, Vecks and I going in on it. My verse is.........special. I think thats the best way to describe it. Vecks kills it though. "Eating dodgy pizzas in Bognor Regis, word on the street is, your grandmother's got a penis". Wonder why they call us GENIUS Squad?