Get Your Shine On - Scizzahz 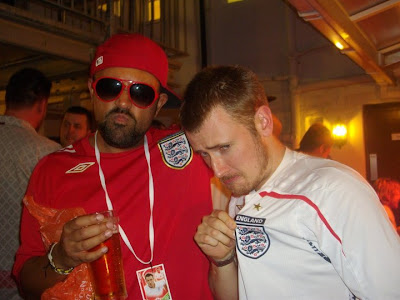 If you don't know Scizzahz, get to know now. Im not ashamed to say I'm proud that he's 'my motherfucking protege' (his own words), as my man has been on the grind for a long time now consistently churning out dope material. Not only that, but he mixed and mastered both my 'Heart Shaped Glocks' EP and 'So Massive Volume 3' (as well as dropping a number of guest verses), plus produced and rapped on the Lion's share of our Genius Squad LP 'The Cleverlution'. Add to that the fact he has been overly active on the battle scene for some time now and you'll see that Big Sciz is 110% dedicated to this Hip Hop ting.

As an added bonus, check out this Don't Flop battle from tiiiiiiiiiime ago when Sciz and I still flat shared in Brighton. Good times.