The Art Of Tom Hines (And The Rest) 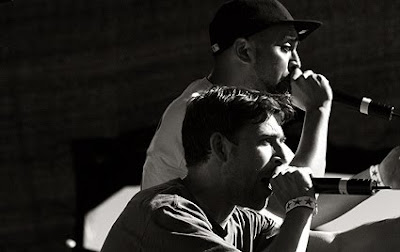 Aside from being a bully boy rapper, producer, youth worker and expert eggy-bread maker, Tom Hines can be credited with 2 things (well, a lot more than 2, but for the purposes of this blog, its 2. OK?). 1) He's a good friend who more or less taught me how to rap from scratch in my teens and 2) he is an incredibly talented artist and illustrator. Observe. This is from what.... 11 years ago? And yes, I have a signed copy. This is going to be worth dough one day, bitches. 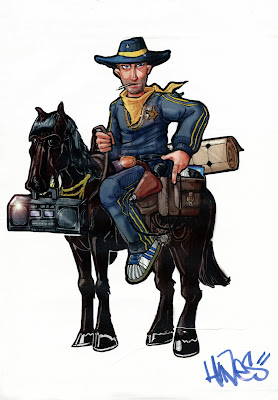 Having entered the high octane, major earning world of UK Hip Hop many moons ago by illustrating the picture seen on Tommy Evan's classic '4 Horsemen' 12" (featuring Devise, Yungun and Ricochet), he recently made a return to the now barren market to do a bang up job on smashing the artwork for Ramson Badbonez latest release on King Kong Holding Company. The man has always been scribbling though, from early fliers for nights in his native York to more recently completing his 52nd flier for Brighton and the UK's premiere and longest running open mic Hip Hop jam, Slipjam B (12 years and still going). He also did the art on my now classic and thankfully unavailable demo CD, recorded when I was a teenage castrato.

Of course it was going to have me on it. Fuck is wrong with that? 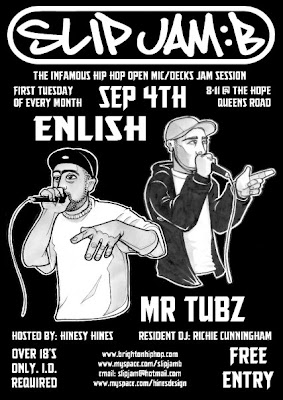 Inking of the '4 Horsemen' cover. If you recall, the original 12" had an orange and black sticker. This is another one of a kind, signed of course. My art game is impeccable son. 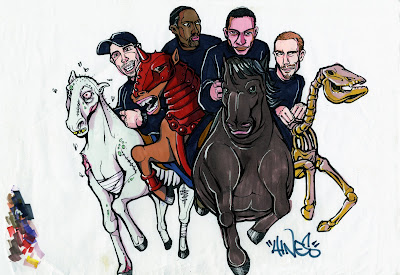 And here follows a selection of the man's work. All relevant contact links are at the bottom. Hines is available for illustration work, beats, rhymes and gourmet eggy bread making. Holla at him and see if the price is right. 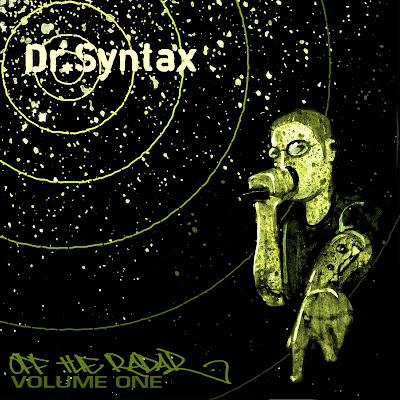 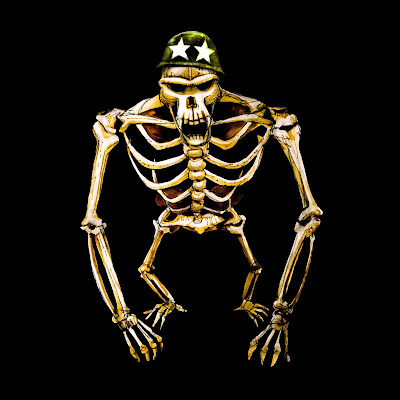 And here are a couple of fliers he knocked up for me when I used to run a night back in my hometown of Falmouth (Cornwall) called 'El Segundo' (and yes, a number of wallets were misplaced there). Don't fuck with me on the decks son, Neil B and I used to be like Westwood up in that bitch. And don't even get me started on L2. Shhhheeeeeeesssssshhhhh. 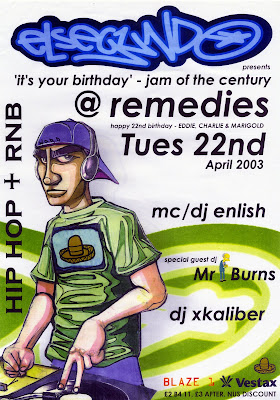 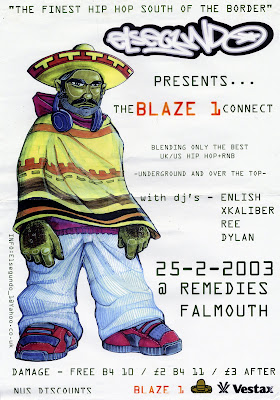 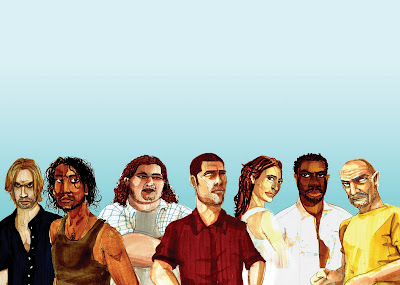 And here's a cheeky little battle that he and I did last summer in the Don't Flop doubles tournament. Some say the outcome was debatable, but it is what it is. We were both a lil rusty and out of practice but you get the idea. 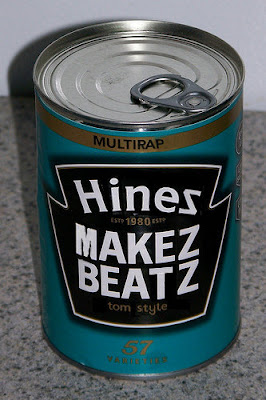