"Last night changed it all" 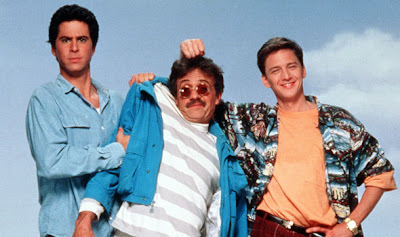 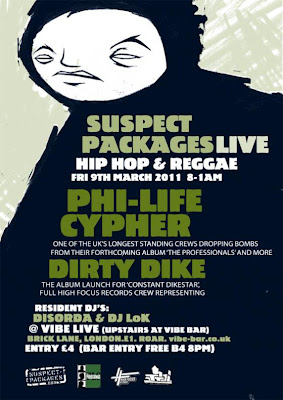 I had a good weekend, minus a few MAJOR discrepancies. On Friday night I headed east to the Vibe Bar for the Suspect Packages Live night to see Dirty Dike and Phi Life Cypher premiere their new albums. As always, Dike and his Contact Play cohorts put on an extra rowdy performance and smashed the place up in a booze fuelled, drug crazed whirlwind of madness. Big up The lads.
Phi Life Cypher popped up next, unfortunately minus Life MC who had been diagnosed with tonsilitis that very day and who therefore could not perform. A shame, but that opened up the flood gates for me, who had the honour of jumping on the mic and dropping a couple of freestyles during the set, having met Si Phili at the last Don't Flop event after battling Cruger.

There were plenty of heads in the place, so massive shouts to everyone I linked.... Disorda, MC Mello, Stig Of The Dump (standardly), Mr Thing, Si Phili, Dirty Dike, Jam Baxter, Ronnie Bosh, Fliptrix, Cobes, Dabbla & Pierre Green of London Zoo, Lee Scott, Possessed and Inja to name but a few. Also big shouts to my man Kadenza for hooking me up. I met a lot of sound people and everyone was jamming to the same beat. Good vibes.

Lil Tika & I link UK Hip Hop legends at the cashpoint. It's just how we roll. 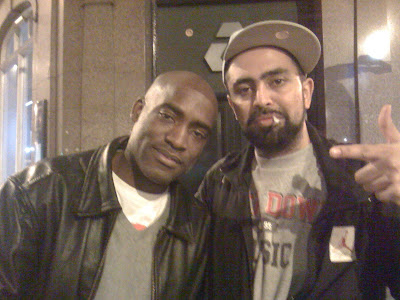 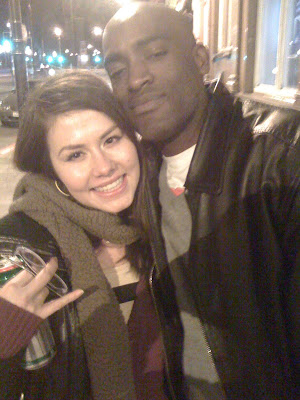 After that I had to wing it back to Brixton to link Lil Tika and head down to the Jamm in Brixton to see Dr Syntax, DJ Manipulate, Derogatory, Pete Cannon and of course Blak Twang perform. Big up my man Snail who was in the house as well. Of course, by this point I was totally licked and remember very little, apart from randomly knocking into Rodney P at the cashpoint as we were on our way down to the Jamm. My life is soooooooooo Hip Hop. 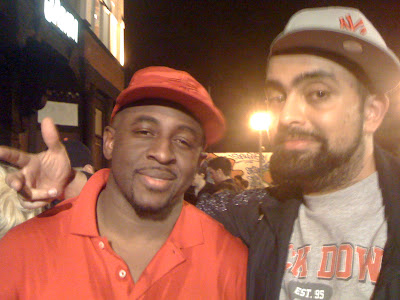 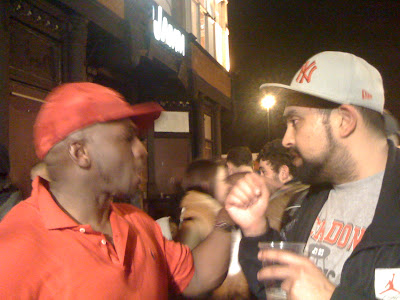 On paper, saturday looked like another banger. Despite only going to bed at 6.30 AM on saturday morning, I woke up around 1, ate a whole chicken and then went back east to Brick Lane to link my boy DPMG so we could watch our beloved Arsenal beat 10 shades of shit out of Manchester United in the FA Cup. 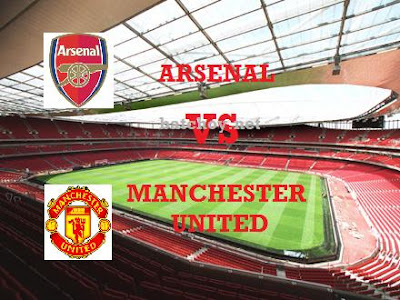 Unfortunately, things didnt go according to plan, with Man U spanking us convincingly 2-0. Still, a fun afternoon was had with DPMG straight chilling. 6 or 7 beers and a little bit of Charles Bronson later, I was powered up in order to go central and link with my boy 184 to help celebrate his lovely lady's birthday, catching up with a bunch of old friends in the process. After kicking back and drinking a few hundred more pints, I then made my way north to Camden to another birthday bash, this time for one of Lil' Tikas friends who was turning 30. Unfortunately it was only at that point that I looked at the draw that I'd copped from a dread on the street an hour or so earlier, only to find that the motherfucking C*NT had fobbed me off with a bag of some shit that definitely was NOT peng. My own fault, proper rookie moved it by not inspecting the goods before copping. First time thats ever happened to me, and we're talking 16 years here. 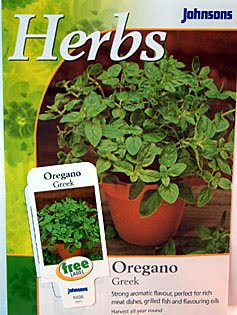 Anyway, this pretty much sewed the seeds of destruction in my now booze soaked brain. I promptly left the bash, jumped on the bus back to Brixton and proceeded to lose my shit, trying to start a fight with a couple of stone cold cock suckers who took exception to my overly animated and loud protestations to the world, although I was talking to myself. There are plenty of other reasons why I bacame overtly aggressive, but despite the fact I'm happy to bare all for you on this blog (whether I'm bigging myself up or being self deprecating), some things will not be said on here for all to see. Anyway, the phrase 'mind your own business' sprang to mind, but I stuck with the standard "Fuck you prick, come here and get knocked out" spiel. They didn't, and therefore I didn't have anyone to hit, so I started a fight with a brick wall instead. The wall won, fucking up my hand and foot. With hindsight, I'm glad that I didn't try to head butt it. That would have been a biiiiiig mistake.

So, to recap, Friday was good, Saturday was good and then turned horribly sour and today I've been a brain dead zombie. I wish I could get my hands on the cunt that ripped me off, that would make me feel better. Still, tomorrow is a new day and all etc etc. I do still want to find that old ashy faced crack head rasta mother fuck who ripped me off in good faith and rock him with the snooze button. Thieving prick.

How was your weekend?
Posted by Enlish at 15:27