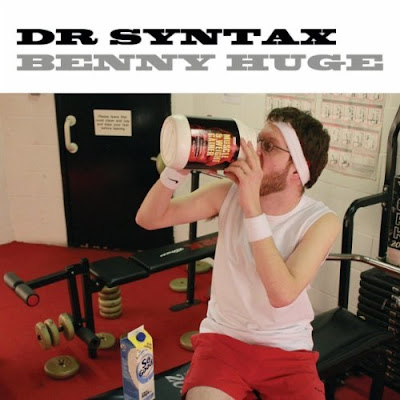 Synners is a very good friend of mine and has been on his grind for a looong time now, so if you don't know him by now, you should really really get to know him (no pun intended). Having come to public attention by appearing on the Foreign Beggar's now classic track 'Glacial' from the also classic Asylum Speakers LP, since that time the good Doctor has been seen smashing shows around the world with various squadrons including Beer & Rap, Team Hate/FU Music and of course the Beggars themselves.

December 2010 saw the release of his sophomore project 'Benny Huge', seeing Big Ben progressing on from his debut 'Self Taught' (an LP which I am on, so go and buy it if you haven't already) and featuring production from the likes of the mighty Pete Cannon and Evil Sun (Hire Me) to name but a couple. Synners has just put together a brand new solo show featuring the talents of the aforementioned Mr Cannon, MC Derogatory and the wonderful vocal stylings of Miss Becki Stephens, coming to a town near you soon. Go peep that.

Of course, all of Dr Syntax's merchandise including his music (for purchase and for free) is available from his Bandcamp site, drsyntax.bandcamp.com (or alternatively www.dentedrecords.com), including his rather fresh, brand new 'Huge' T shirts, now available in smedium and upwards, seen here being modeled by an incredibly drunken but yet still suave and debonair young man. 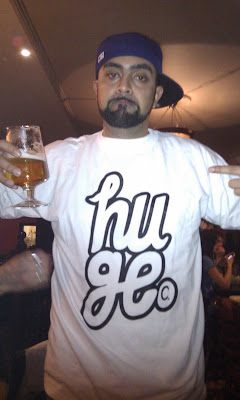 Also worth checking out every Monday from 7-9 PM (GMT) is Tax's very own 'C'mon Feet Radio Show' on Unity Radio 92.8 FM (Manchester) or www.unityradio.fm for streaming. It is worth it alone to hear Benny's soothing, dulcet tones interspersed with banging tunes, but all the more so because I will soon be leaking exclusives from my upcoming LPs on that very show, beginning next week. Go and tune in at 18.55pm for the goodness. 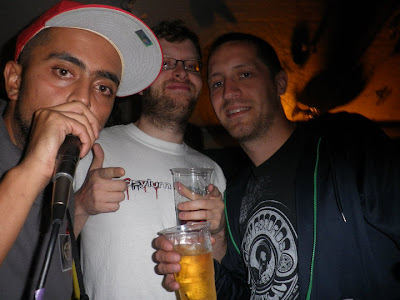 Despite all this, girls will still hold firm to the opinion that Synners is a dickhead. And rightly so.