Does anyone remember this line of clothing? I remember copping these when I was about 12 or 13 on a trip to Malta with the fam. The hat is classic 90's, i.e. a sickly combination of organic and pastel colours that make you want to hurl, but seeing as Scottie Pippen and Charles Barkley were two of my favourite players alongside MJ I appreciated that they were given the same amount of shine on this clothing line. This holiday and the subsequent purchases came shortly after Scottie Pippen took the MVP award at the 1994 All Star game, a game I remember very well for 2 reasons - Shaq was completely locked out of the game, scoring fuck all points and Scottie wore the all red Nike Air Flights that he wasn't allowed to rock during the regular season (much like MJ's black and red ones).

The reason I remember this so well is that during this trip to Malta I actually saw the red kicks in a shop and begged my old dear to buy them for me, which she of course refused, and with good reason. However, with me chipping in whatever money I had a compromise was reached, which saw me not only copping the hat but a matching T shirt to go with it. Due to my hoarding tendencies and the ever abundant space of THE PIRANHA TANK, these items still exist to this day. Cheers Dad. 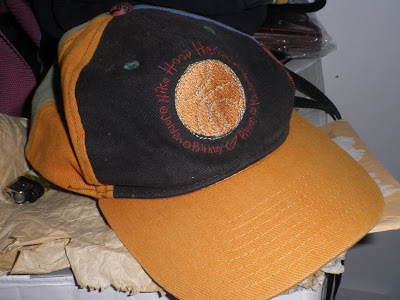 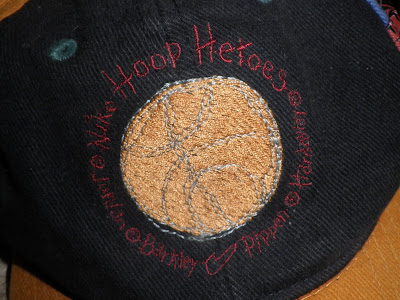 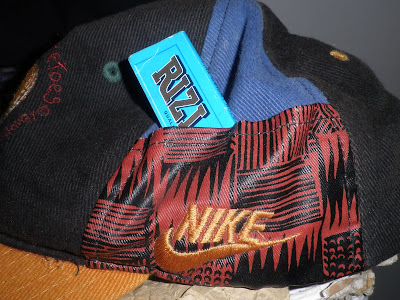 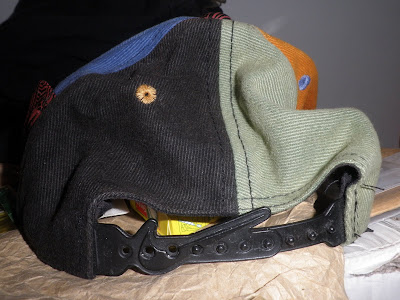 However, despite the dopeness/grotesque nature of the hat, it really is the T shirt that takes the biscuit. The artwork is by a geezer called Mark Ryden... Ive googled him but no dice. The thing that bugs me more than A) The fact this t shirt is faded to fuck and no longer fits me B) Ive obviously used it as some sort of cleaning rag (hence the black marks) and C) B, is that I can't for the life of me remember OR find any evidence to suggest that similar illustrated garms were manufactured to depict Pippen, Barkley and Hardaway in similar situations. I would literally cut off your right arm for a set of all 4 in good condition. Observe - 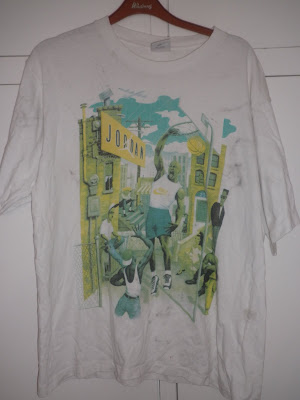 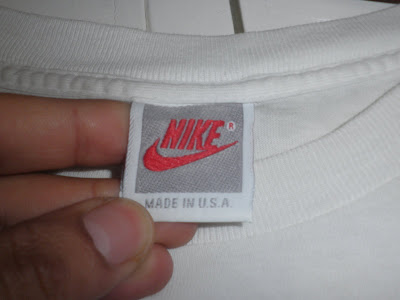 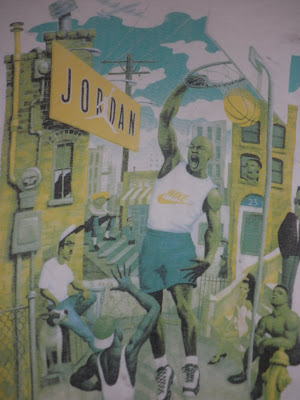 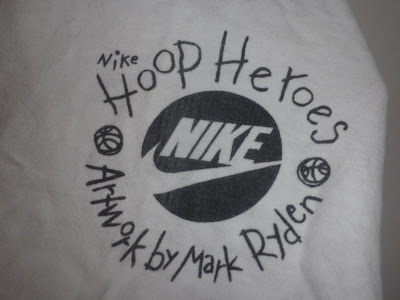 See what I mean on the fade? It's fucking heart breaking. Still, when I was 12 years old, I wasnt thinking about the future, plus I could only rock this joint if I had one of those faggoty skinny skater boy physiques, and I don't. Still, I'm well within my rights to be cheesed off. If ANYONE OUT THERE READING THIS can at the very least point me towards any existing illustrtions like this one I would be most appreciative.

As an aside but essentially the whole reason I wrote this post, I Googled 'Nike Hoop Heroes' and this is one of the results that came up. Anyone want to buy a hat? Holla at me. 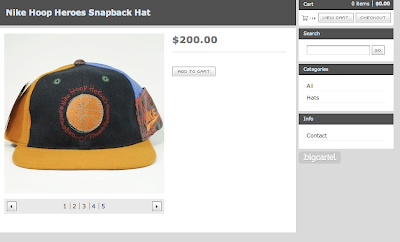 You kids and your 'snap backs'. In my day we called them hats. Ive still got a bunch of original starter joints and some fake joints that i got whilst on various holidays. Are they really worth $200 a pop?

Found a website for Mark Ryden. No mention of the Hoop Heroes work but im going to holla at him and see if i get a response. http://www.markryden.com/

Random photo from the Hoop Heroes tour, mid 90's I assume, I can see Pip and Charles Barkley in there at least. HERE