Allow Me To Reintroduce Myself....


.... My name is DAVE. Bitches. Still. Haven't changed it legally to YOUNG TUCK yet, but I'm working on it.

So, here we are. First post in nearly two entire years. I suppose it helps that the last post I did is a write up of one of the most memorable nights of my life (seeing as there are a lot of not-so-memorable nights in my life, and not by choice - by DRUGS), but the truth will out and the fact of the matter is that my recent diagnosis of a previously undiagnosed mental health condition that I have possessed for the last 21 years has, lets say, 'hampered' me somewhat in your basic day-to-day activities.

But I'm back. It's no coincidence that I have a new album dropping on Monday 7th March.... Or maybe it is. I don't expect anyone to actually cop it, or indeed to actually read the drivel that I write, but you can call it part of my personal catharsis I suppose. More on that to come as I wholly intend (today) to continue writing this blog on a regular basis (today). Famous last words.

Right. The basics, just to bring you up to speed :

-Age : 34 (FUCK!)
-I still rap and make music, just about, and have done for 20+ years
-I barely drink or do drugs anymore (but I'm still really good at both on a weekend)
-I have a freshly diagnosed form of bi-polar disorder (dap to all you mental health cats)
-I have been re-inspired to write, make music and start hating on things due, in part, to the untimely  death of my idol, Sean Price (RIP)
- I spend a lot of time in my palatial crib with my boo, which has led me to this point, writing bullshit   for anyone who can be fucked to read it. Great, I'm sure you'll agree.

If you want anything else from me at this point then check the archives, there's plenty of good shit in there. Plenty of manic episodes played out in blog posts. Not so much of the depression, but you know, swings and roundabouts.

Anyway, I'm back. And mainly due to the sage words of my dearly departed hero. 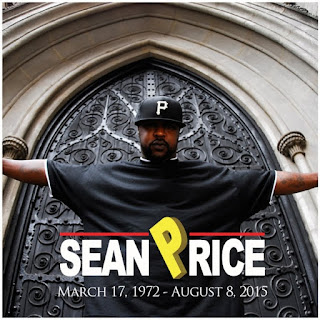 And let's not mince words here. I FUCKING hate it. I hate the music (not all of it, but a lot of it), I hate (not all, but most of) the blogs AND the bloggers that write the fucking blogs, I hate social media and the fact that it is vitally essential to flesh out your whole fucking life on it to get views/fans/followers/likes and all that bullshit and I ESPECIALLY fucking hate the fact that the music actually takes a back seat to all of the above in the grander scheme of things. It defeats the entire purpose, in my not so humble (but 100% accurate) opinion.

But I love to rap. Still. And write, possibly. And seeing as myself and all my goon squad have grown up, have kids and barely see each other these days, this may be my only true outlet past actually slapping people, which is not out of the realms of possibility either. More on that at a later date. Oh, but I don't have kids. Which is how I find the time to write so fucking eloquently, I suppose.

Anyway, here I am, old and improved. For all of you people out there saying that the 90's (or anytime before Lil' Wayne proclaimed himself the 'best rapper alive' whilst shitting himself in a codeine induced stupor) was overrated, or, indeed, shit, I'd advise you to click off and never come back.

I'll be back shortly with more ranting, stupid fucking stories and musings on all things that occur to my chemically imbalanced loaf. And occasionally some music too, I suppose.

Until then, 'Slumdog Hundredaire' drops 07/03/2016 on enlish.bandcamp.com on digital and super limited CD and green cassette tape. It'll also be available on iTunes, Spotify, Amazon, Google, Deezer (I fucking hate those adverts) and all these other new fangled APPS that encourage short attention spans and treating music like a burning cigarette. Have a go and throw it on the fucking ground, then stamp on it. Oh yeah, the future is now. Or whatever. 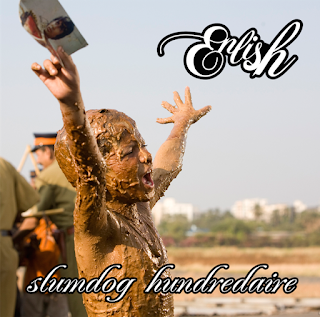 And the words still ring true to this day. "Rap ain't real, my life is real; if you rap about my life, fuck around and get killed." That also goes for talk and type.There's a few names of real life people on my list. Maybe I'll air them out, maybe I won't. But what harm can it do?
Posted by Enlish at 11:36