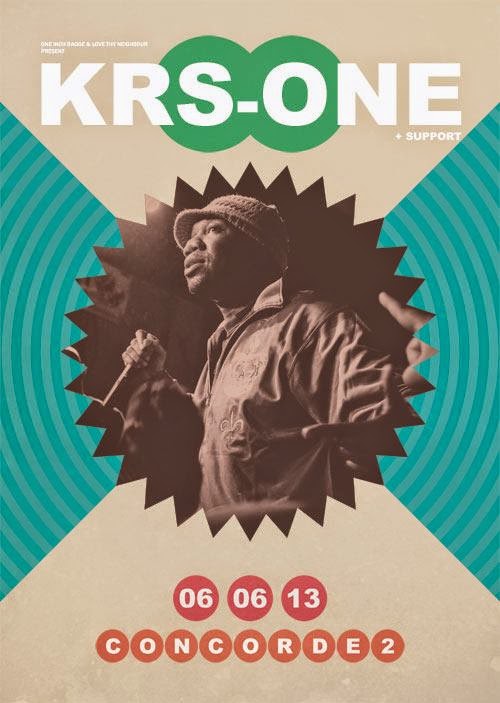 Last Summer was hot. Real hot. Like, fry an egg on the top of your head, dip in and out of the sea every ten minutes, boxers-stuck-firmly-up-the-crack-of-your-ass-for-3-months-straight hot. We’re talking HOT here, people. We were long overdue for a Long Hot Summer (great album) and by jove did we get one.

During this blissful heat wave, long since forgotten, the people of Brighton were treated to a right royal Hip Hop knees up courtesy of The Blastmaster himself, KRS One (two, three, four and five). 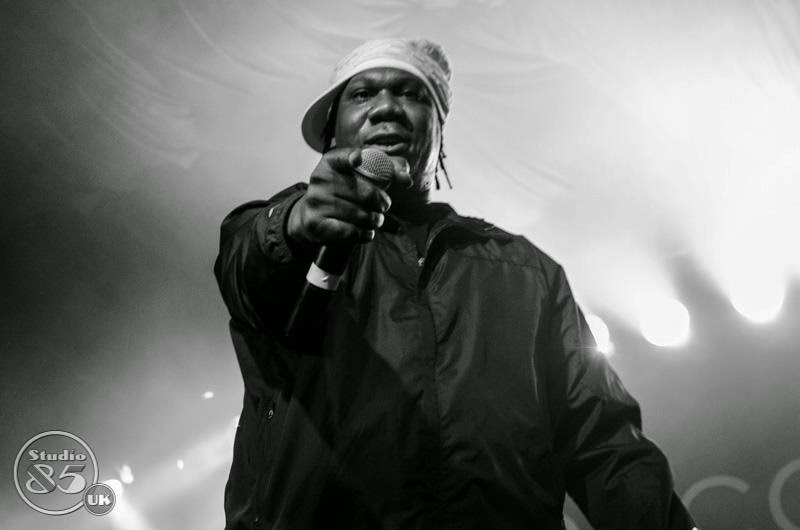 The 6th June 2013 saw The Concorde 2 opening its doors to a sold out crowd eager to see Knowledge Reign Supreme Over Nearly Everyone (I put the emphasis on nearly as I have a firm suspicion that a number of the attendees at this particular shindig were not exactly the sharpest sandwiches in the picnic), but more specifically to see ME. Joining me in hosting duties on the microphone was none other than my partner in crime Mr Thomas Hines with Tyni AKA BIG SNAX and my main man Joey Criddack on the wheels of steel. I was especially happy when I saw Joey was DJing because A) I was already drunk and B) he played ‘Monkey Barz’ by Sean Price, which is a fucking fantastic rap song. I was particularly excited (and particularly drunk as Hines and I had nailed a good few cans on the beach before getting started on the rider) as I had never seen KRS live before, much less had a grandstand seat to see the show and be given a crate of free beer to boot. Decent. Support was handled most excellently by Brighton legends Remark and Deejay, performing as Sublime Wizardry, who warmed up the crowd nicely for the main event. 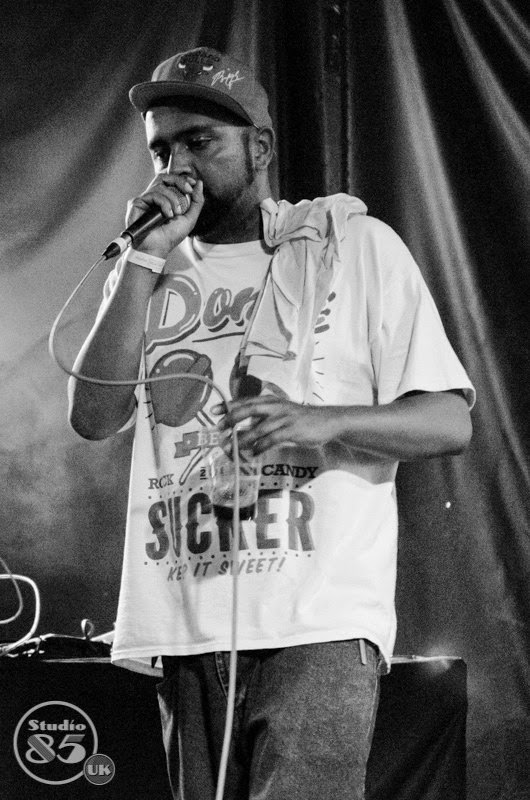 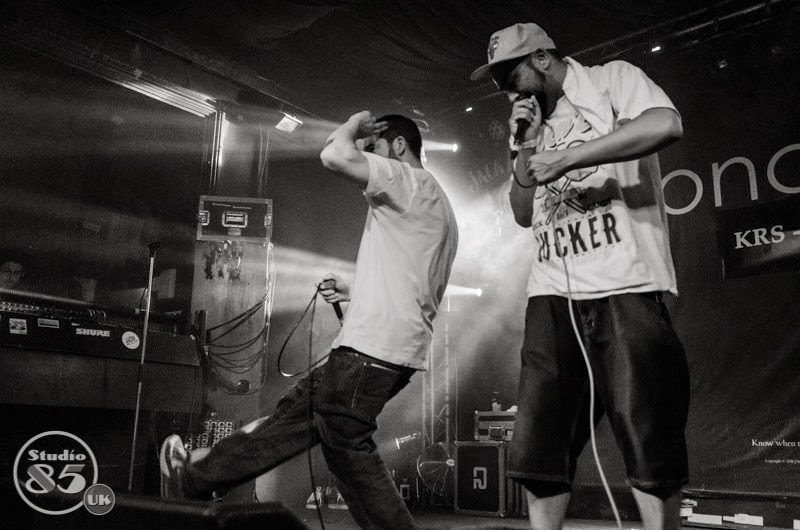 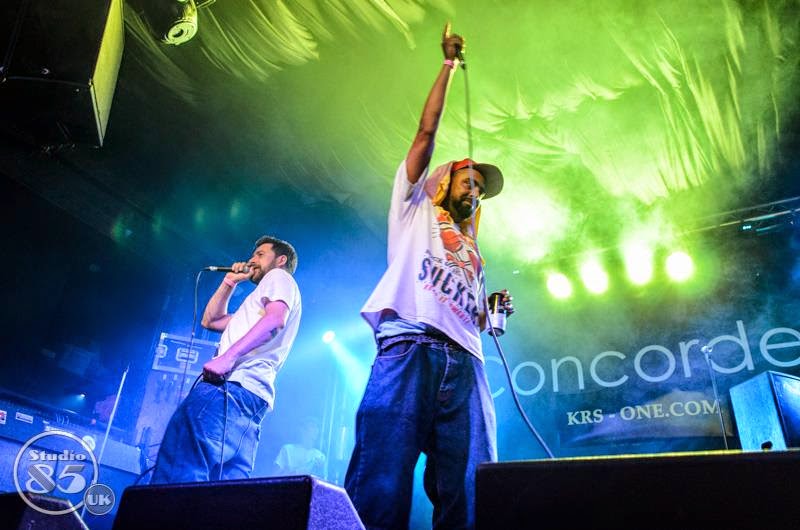 My memory of the evenings events isn’t exactly razor sharp as A) it was nearly a year ago (credit to my regular blog writing skills) and B) I was drunk before we even got on the stage (big surprise). Needless to say, however, the show was nothing short of magnificent. If you haven’t seen KRS live then take any opportunity that you get to do so; the guy is a consummate professional and, after many, many years of doing so, proves himself to be more than adept at rocking the party. With the exception of Big Daddy Kane and Pharoahe Monch I can quite comfortably say that it was the best performance of live rapping/stage show I have ever seen. 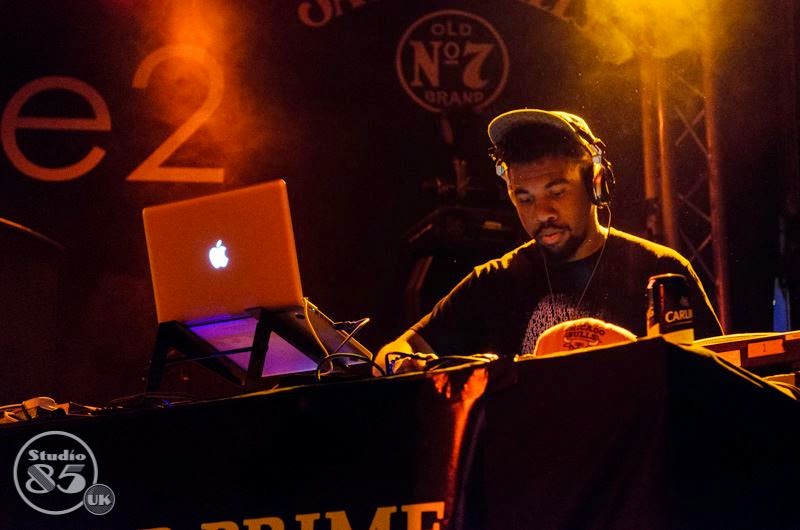 It started with a warm up DJ set from DJ Predator Prime, who took to the decks to spin a selection of classics, albeit hidden away and stuffed in the corner of the stage. Hines and I were pretty hammered by this point and so I drunkenly suggested to the young man that we assist in some general hyping duties, which he was happy for us to do. It definitely helped the vibe because, well, we’re both absolute legends and incredibly good at what we do. No modesty here. At the time I couldn’t help but notice some certain….. Facial similarities between Prime and KRS, specifically in the nasal region, which led me to drunkenly ask if there was any family association going on there. Funnily enough, it turned out that he was KRS’ son, and his sister (KRS’ daughter) was out front working the merch stall. Keeping it all in the family. Pretty fucking cool. 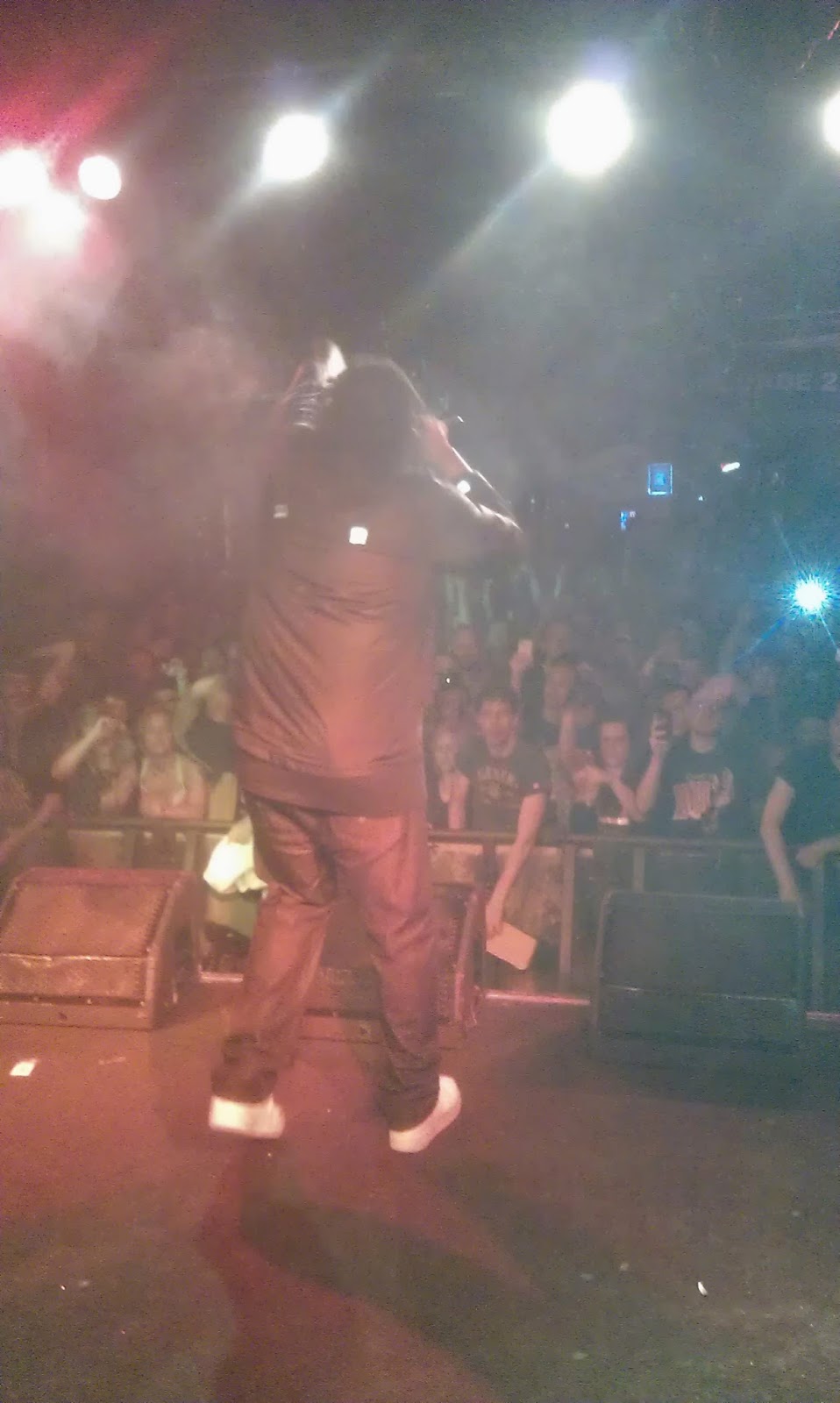 The main event followed swiftly afterward. Far from just knocking out all of the hits (which he did, of course, all the while expelling enough water to prevent a hosepipe ban this year – something I’m quite sure won’t be an issue anyway, but you know, I’m trying to be clever here) he also seemed to drop a genuine freestyle every other track, jumping around the stage like a man possessed. Considering he is now FORTY NINE YEARS OLD (50 this year), you’d be forgiven for thinking that you were watching a man in his early twenties, such was the potency of his energy and enthusiasm. Rather than just perch from the vantage point on the stage I thought it far more prudent to get down into the crowd and get the full experience, so about 5 minutes in I fought my way into the centre of the bustling throng, about 10 feet from the front of the stage. This was a brilliant idea, I thought, until KRS then actioned a brilliant idea of his own. 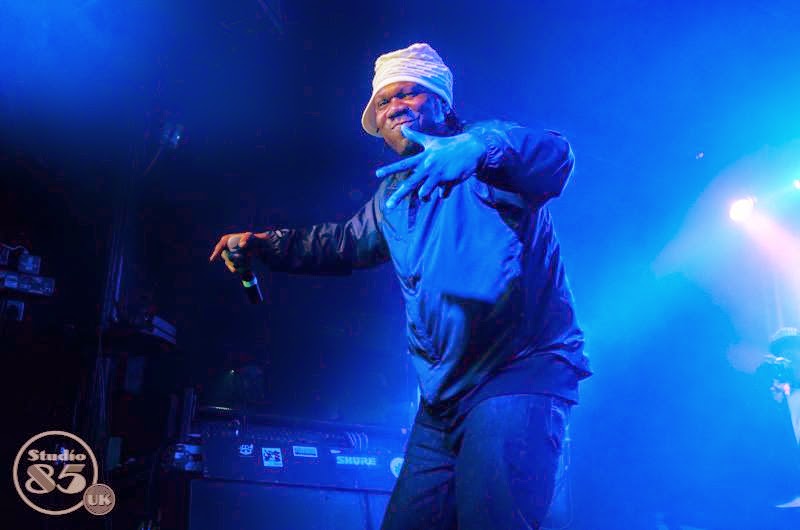 During a brief respite between songs he stopped to address the crowd, specifically regarding the outrageous amounts of autographs and such that he has to sign after gigs. Given that time available to do this after a show is somewhat limited due to having to usually get straight on a bus to bounce to the next town or city due for the next performance, he had come up with an ingenious way of keeping all of the autograph-hunting fans happy whilst also preserving the precious few minutes that he might have after a show to chill out before jetting off someplace else. He’d been to the pound shop and must have spent the best part of £100 on tennis balls and mini Frisbees, each of which he had signed individually before taking a break in the show to throw them into the crowd.

Brilliant idea, and a lot of fun, were it not for the fact that for some reason or another these tennis balls and Frisbees all seemed to be thrown within a foot or so of my face, resulting in many eager hands generally smashing me around the head in an effort to grab for these newly-valued trinkets. Needless to say, it wasn’t long before I retreated back to the stage to avoid any further risks of lost teeth, broken noses or concussions.

And so the show continued, seeing him getting off of the stage and running directly into the centre of the crowd himself in order to connect with the fans (which was another first for me in Brighton - the other was at Action Bronson’s first show in Camden a couple of years back; he brushed past we on the way to the bar. It felt like someone had poured a pint on my arm), a spectacle that I was happy to view from the stage. I’d already sustained my fair share of injuries that night (although the worst of them all, the crippling hangover and come down, was to follow 12 or so hours later).

At this point he got back on the stage, requesting the company of any break dancers and rappers that may have been present in the crowd, of which there were no doubt THOUSANDS. Unfortunately for them (boo hoo) they needed a wristband to get backstage, resulting in a grand total of one break dancer (big up Remark) and two rappers, namely myself and Hines. So, the triumphant return of KRS One to Brighton ended with Hines, myself and KRS rhyming four-for-four bar freestyles back to back over a selection of classic instrumentals. Not too shabby.

When all was said and done, KRS turned around, gave me a pound (with what might have been the sweatiest hand of all time) and told me that I was a tight rapper, and to keep it moving. Full praise from one of the greatest to do it, a good laugh and a skin full of free booze to boot. Next level brilliant.

MYSELF AND KRS HAVING A WHALE OF A TIME 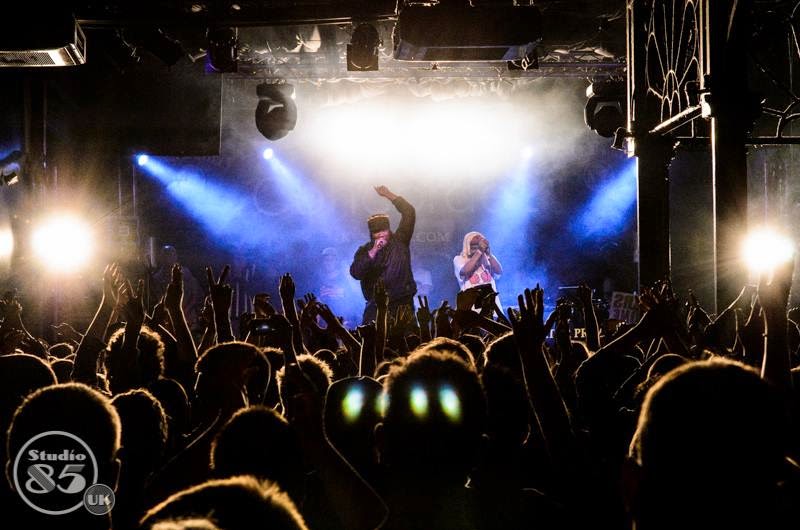 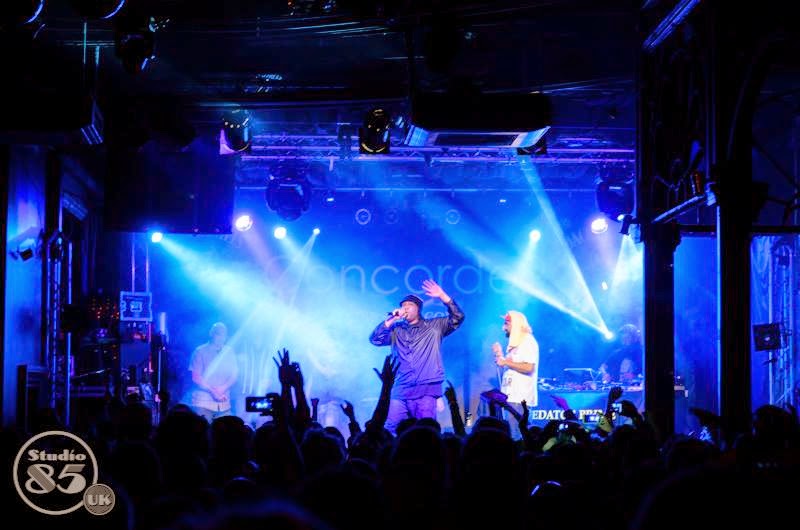 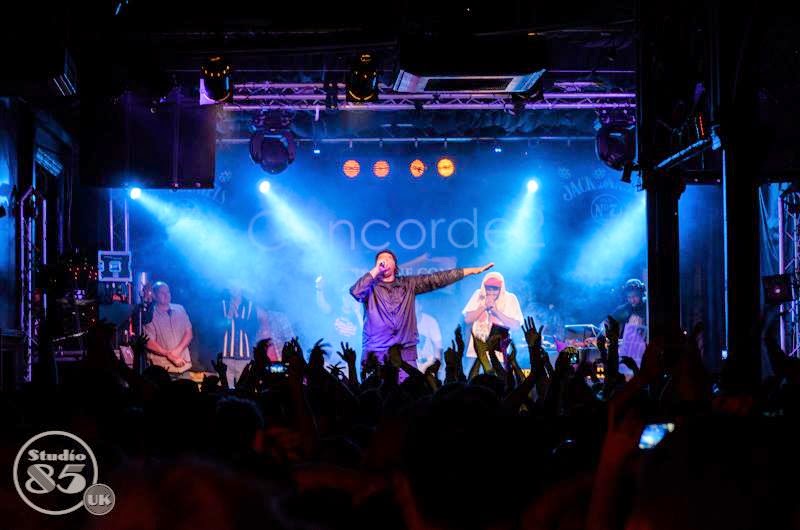 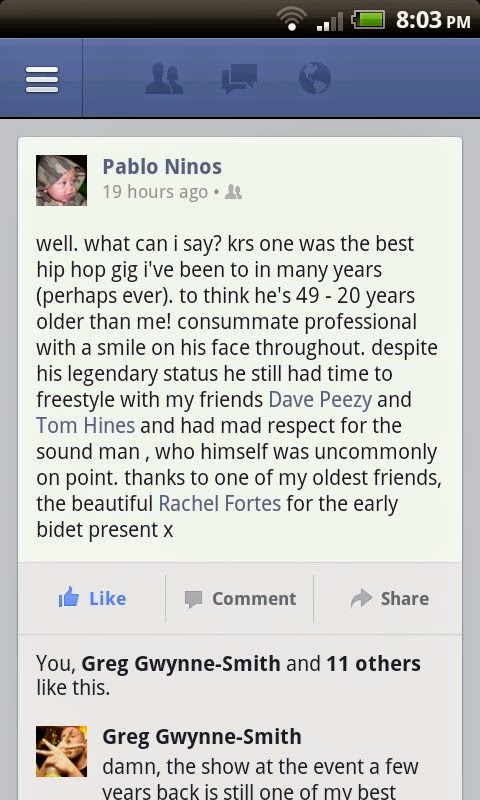 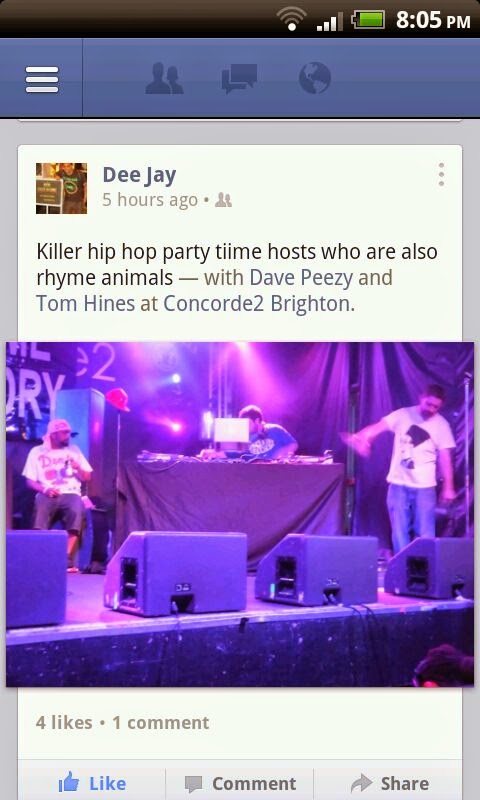 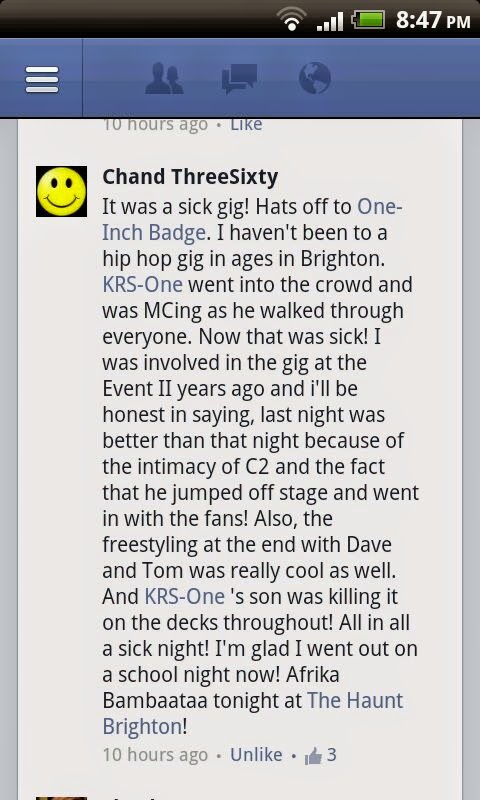 All photographs (apart from the shit ones) courtesy of Mike Tudor @ Studio85 Photography - Google or Facebook that shit!