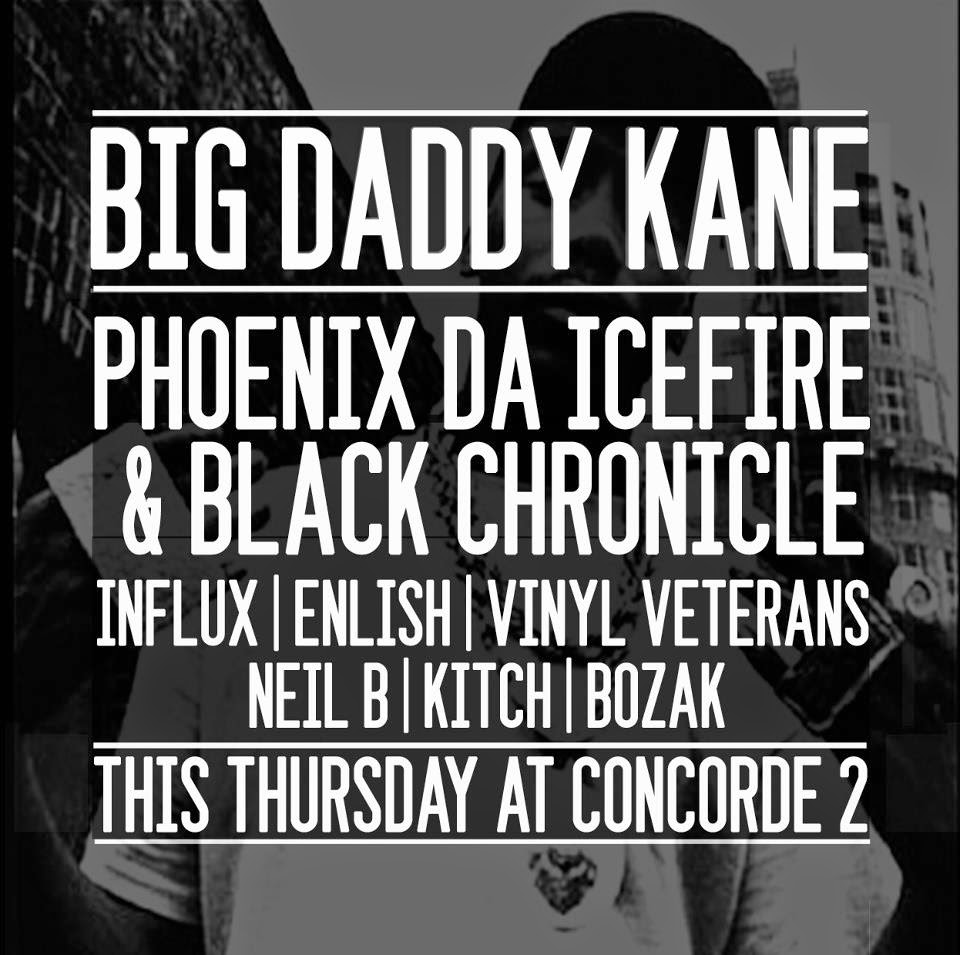 Despite the fact that I was completely and utterly psyched to see Big Daddy Kane perform for the first time and to also have the pleasure of hosting the night and introducing the great man himself, I must admit that after the whole DJ Premier debacle the month before I was somewhat reticent as to how things would go. I mean, if a superstar DJ could display such astounding levels of diva-like behaviour, it was a safe assumption in my head that a superstar MC could (and probably would) go above and beyond the levels that were displayed at the previous show. But, to my relief, I could not have been more wrong. Kane was the fucking MAN. 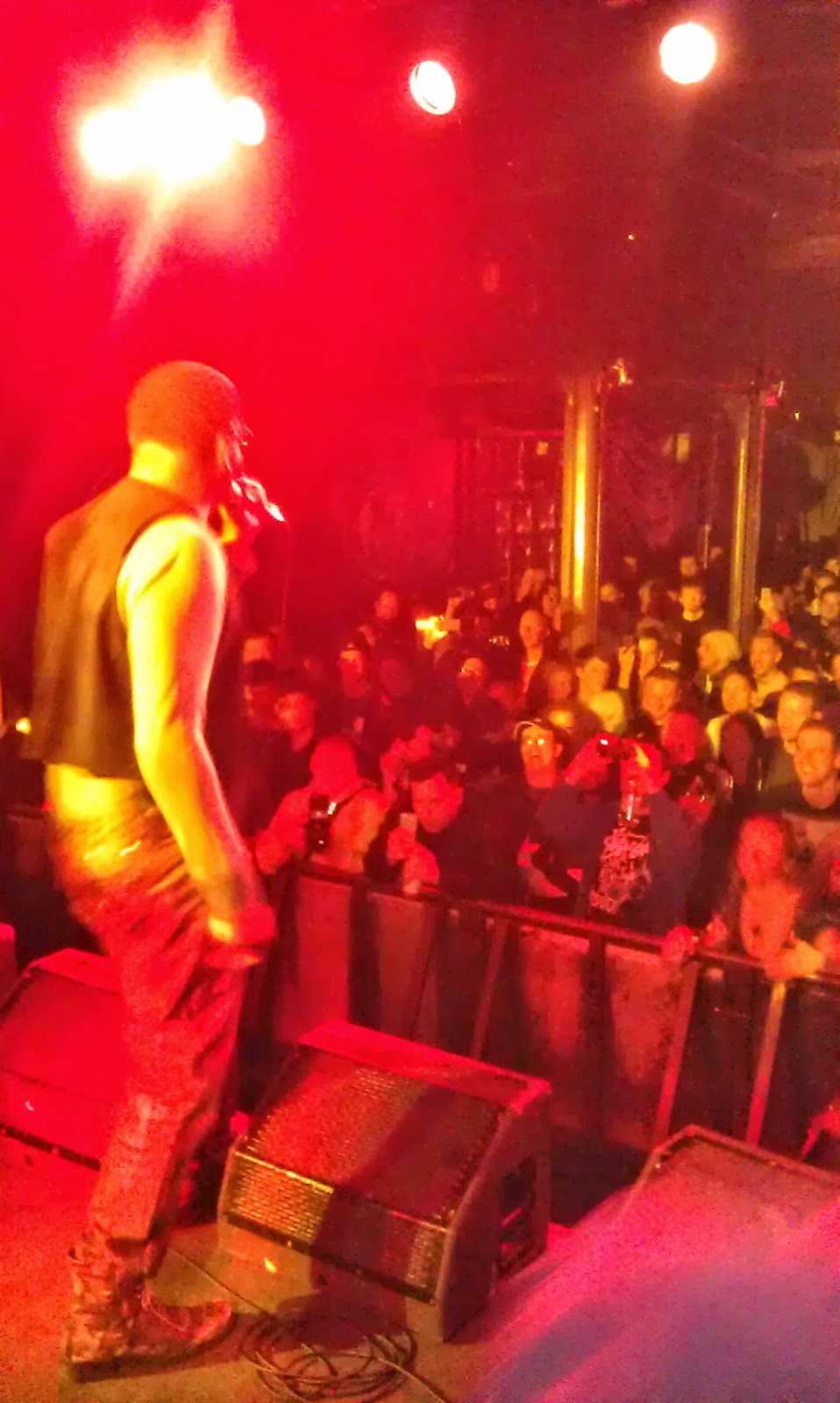 Gods honest truth I can barely remember a thing from this night (the Red Stripe rider once again being the culprit) but I know for a fact that I had a gargantuan amount of fun. Pure, serotonin fuelled euphoria accentuated by vast chemical intake. One of my only concrete memories is texting a few people and updating various social networking profiles to tell anyone who cared that I was having the time of my life. Phoenix Da Ice Fire was the support act and was incredibly impressive, completely owning the stage and doing a brilliant job of warming up the crowd (I overhead Kane bigging him up massively backstage afterward and suggesting that they work together in the future) before Kane got on. I apparently did a good job of hosting (again, not that I remember anything) and dropped a slick accapella after asking the crowd if they wanted me to A) Talk shit or B) Rap whilst Kane’s DJ was setting up his Serato. The crowd were quite insistent toward the latter. But don’t take my word for it; if Cutty said it’s true then you best believe that was the case. 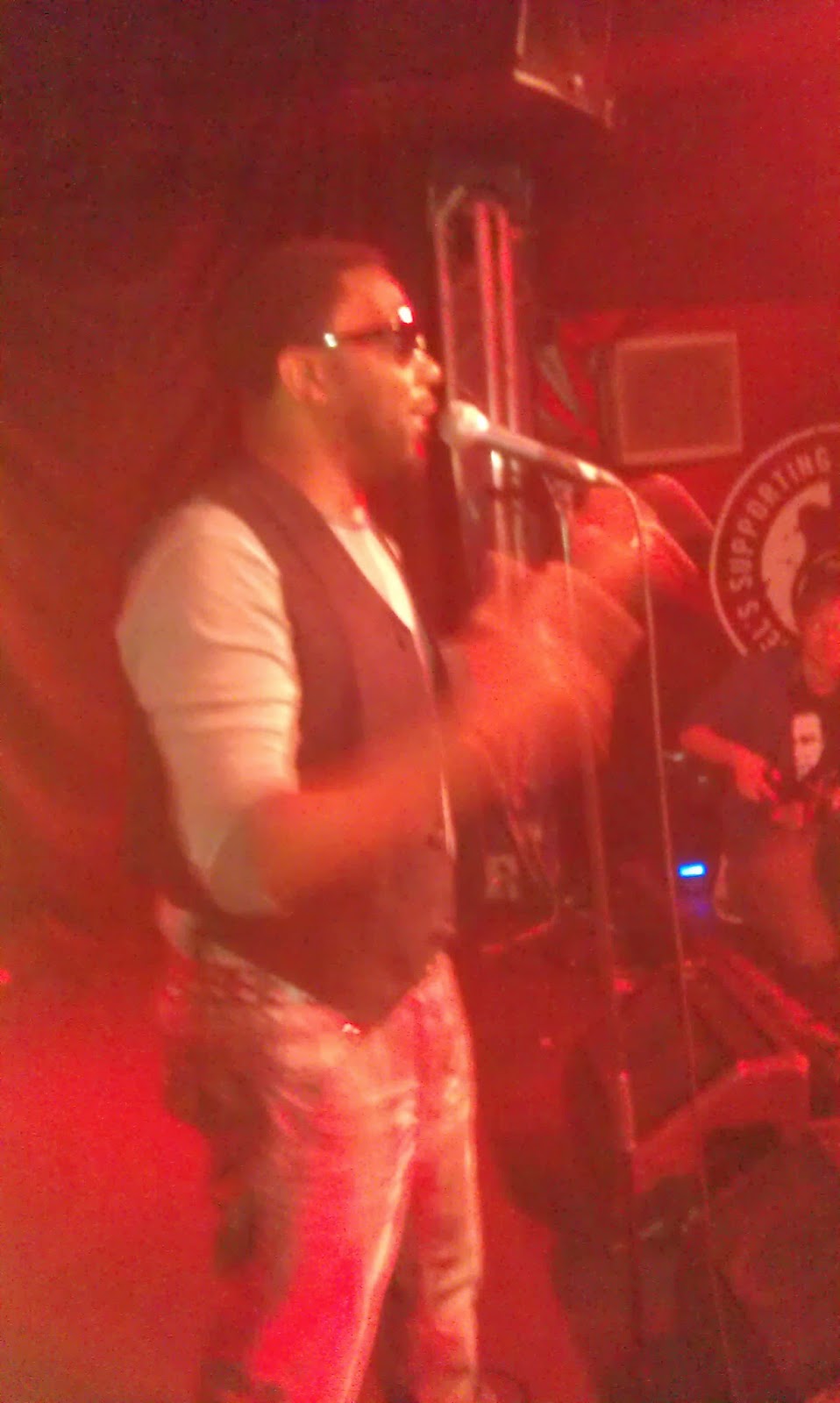 Far from being a repeat of the previous gig, which was the worst case scenario imaginable, Big Daddy Kane was not only the consummate professional but quite simply one of the nicest and most approachable performers I have ever met, and that really is saying something in a world chock full of grumpy, arrogant and obnoxious MCs moving into middle age (Wu Tang is for the Victor Meldrews) who seem to have left their people skills (along with the best part of their music making ability) behind, with any semblance of social nuance and hint of manners, in the mid nineties.

I had so much fun that I can barely remember anything, hence this sparse write up. Kane was an absolutely top bloke, going so far as to very kindly pose for the prerequisite fan boy photo for me and also sign my YO! MTV Raps trading card (proper fan boy tings). Taking full advantage of the situation, I also got him to sign a couple of fliers for me before I then asked him to sign a further 5 or so more for other people who weren’t even at the gig, which he duly did with gargantuan amounts of humbleness and good grace and a fuck off great smile on his face. Absolutely superb guy. 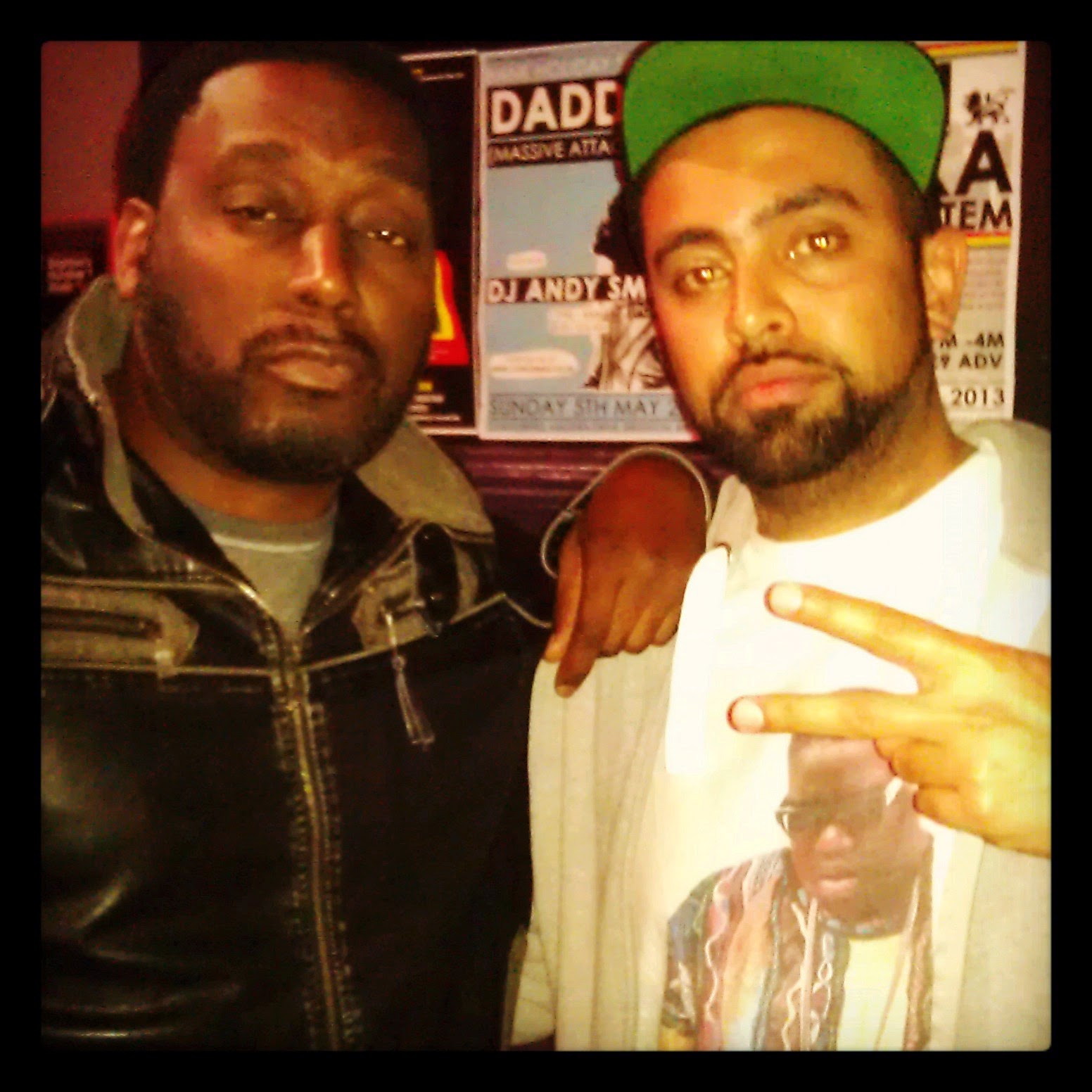 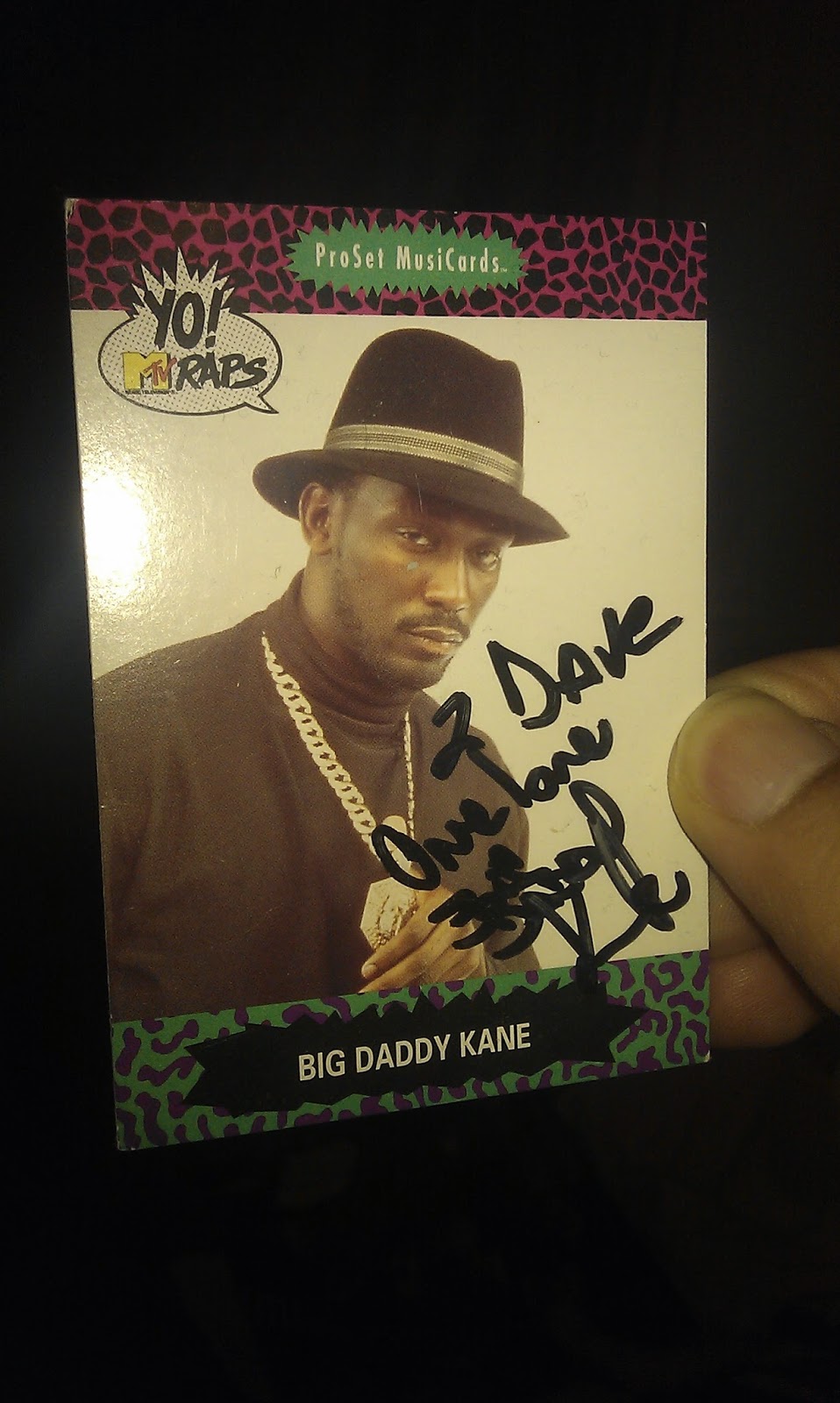 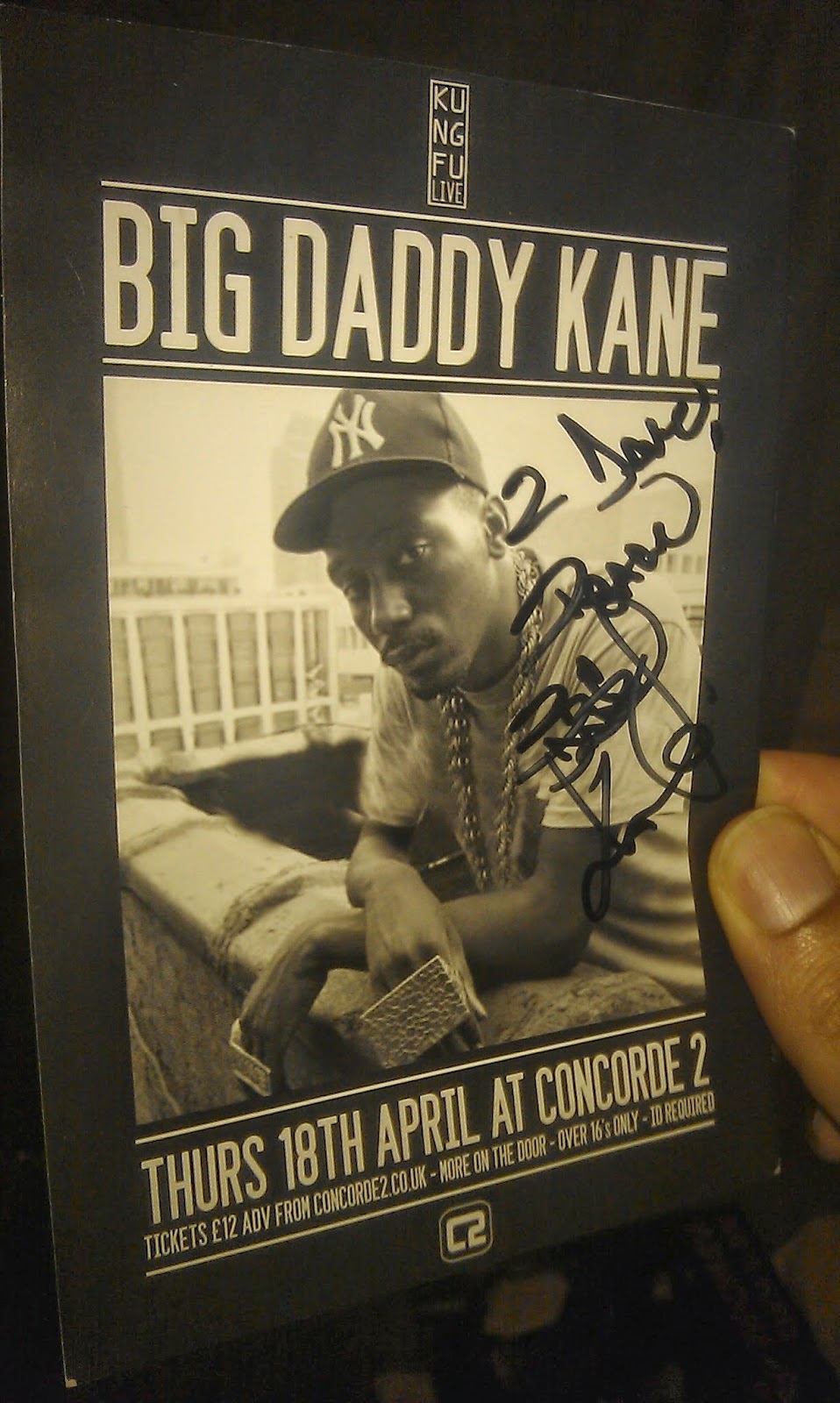 As I’m sure you can imagine, he tore through the set, consummate professional, incredible performer, knocking out all of his hits with the energy of a man half his age. My only tiiiiiny criticism (and it isn’t even a criticism) was that he didn’t do his famous ‘mic drop’ trick, but in the grander scheme of things this didn’t matter a jot because he was A) The coolest guy in the world and B) An absolutely stupendous performer. I was actually so smashed that I ran on stage halfway through his set and interrupted him to ask if he could say peace to my man Gilly, who was at the front of the crowd. He did, and I didn't get the shit kicked out of me, although one of his boys did ask me (very politely, I might add) to not do it again. I jumped on a tidal wave and surfed the night away. I remember little but that palpable feeling of excitement and satisfaction still remains to this day, a whole year after the fact.

So, in short, the complete opposite of the DJ Premier show. Top 3 rap shows I have ever seen, up there with KRS One (write up coming soon) and seeing Pharoahe Monch for the first time ever at Outlook Festival 2013 (who also had Mos Def jump up with him to perform ‘Oh No’ – I’ll try and tell that story, but I wasn’t exactly in my right mind at the time). Faith in legendary American Hip Hop performers restored. LONG LIVE THE KANE!!!