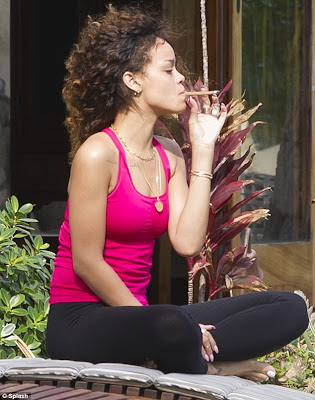 It might be old news but fuck it, its pretty cool. To be fair to the lass she gets panned in the media for supposedly turning a whole generation of little girls into sluts (another convenient scapegoat if you ask me, seeing as most young boys and girls are fuck hungry retards who will end up pregnant anyway), has had Chris Brown hit her with the snooze button (which he paid for by picking litter out of a hedge, smh) and now THIS. Lady Gaga wears a meat bikini, Rihanna smokes a dutch on holiday in Hawaii. And who the fuck wouldn't? I reckon even my old man would have a puff if he was chilling in Oahu on a sun lounger with nothing better to do. Plus ain't she from Barbados? I mean fucking hell,you wouldnt scrutinise some German bird for drinking a beer would you? Maybe if these Daily Mail retards got their heads out of their arses and blazed a few they'd figure this out.

Leave the girl alone and let her get high innit. Still not sure if she's fit though. 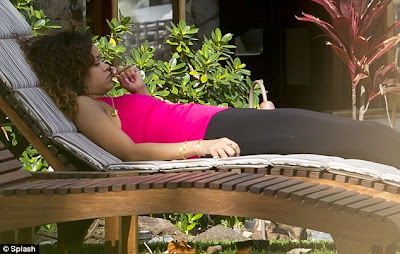 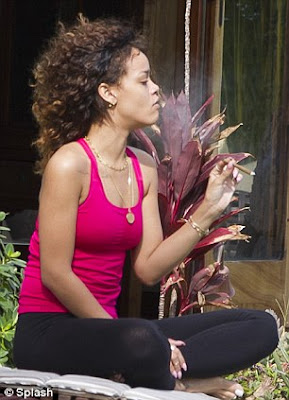 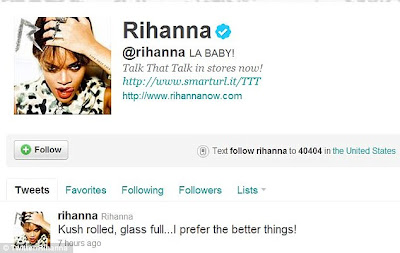