Seeing as I was bored I wrote a (in terms of content) completely pointless verse to Dre's 'Light Speed' instrumental. I dont have a recording set up, so once Ive written anything its usually the case that Ive got to wait to lay anything down, then wait for it to be mixed, mastered and the rest. However, seeing as I had loads of more important things to do but prefer procrastinating, I decided to rap the verse at my mac and record it on Garageband. To achieve this I put a duvet cover over myself and the computer, which must have looked ridiculous. I then added the skit bits and 'mixed' it (if you can really call what I did 'mixing') before uploading it to soundcloud. The entire process took about an hour and is a good way to demo material, so I might do some more in the future.

The vocal quality is appalling as i was using the internal mic on my laptop. Shit sounds rugged (or rugged sounds shit, depending on your preference). Anyway, in the words of Eli Porter, I DEEEEED IT. 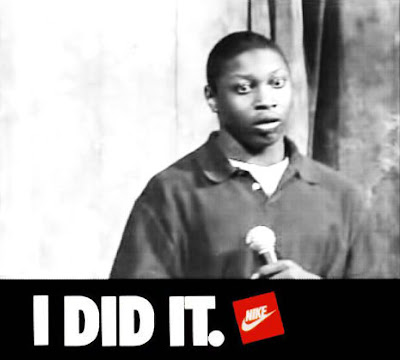